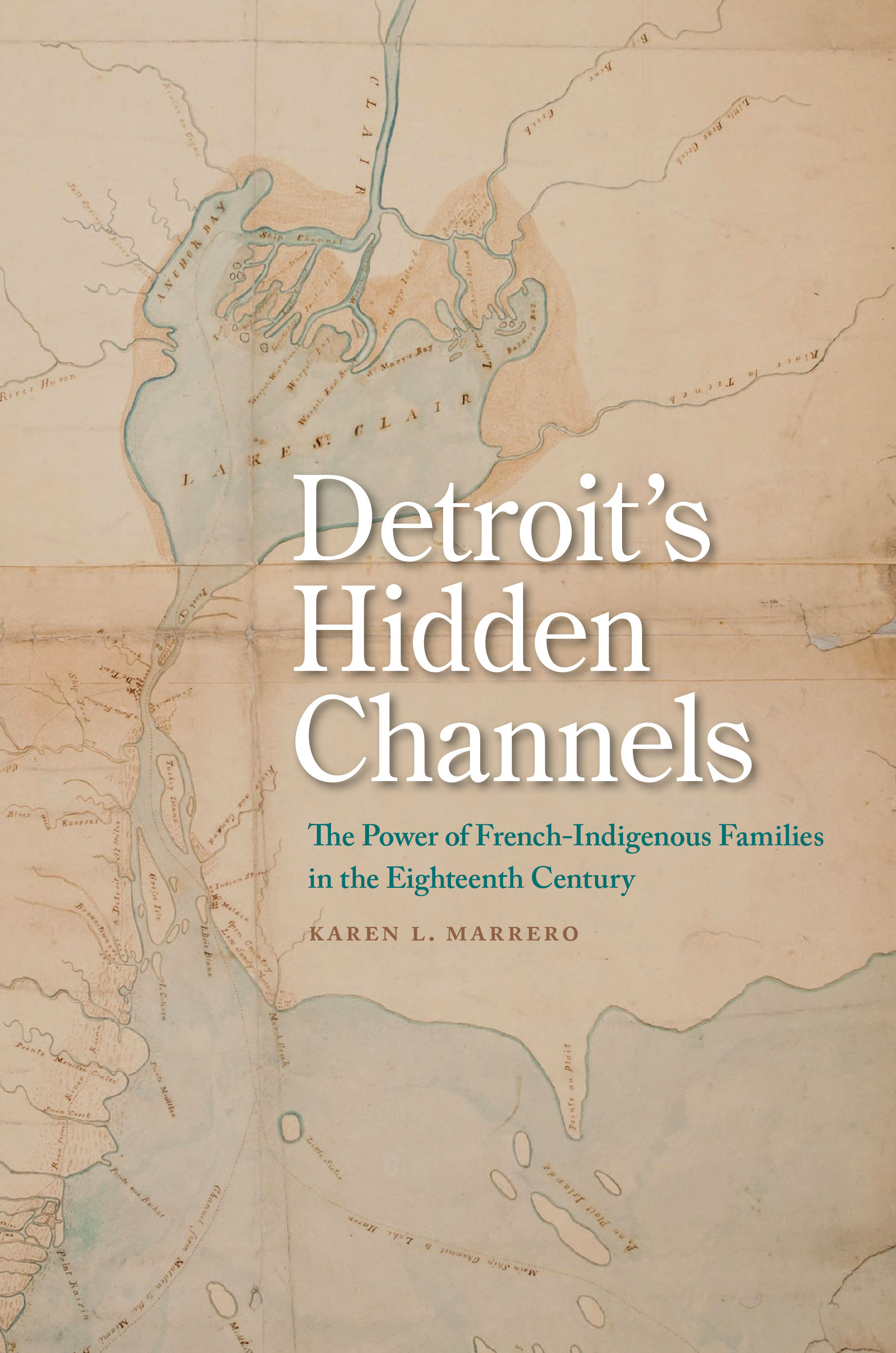 French-Indigenous families were a central force in shaping Detroit’s history. Detroit’s Hidden Channels: The Power of French-Indigenous Families in the Eighteenth Century examines the role of these kinship networks in Detroit’s development as a site of singular political and economic importance in the continental interior. Situated where Anishinaabe, Wendat, Myaamia, and later French communities were established and where the system of waterways linking the Atlantic Ocean to the Gulf of Mexico narrowed, Detroit’s location was its primary attribute. While the French state viewed Detroit as a decaying site of illegal activities, the influence of the French-Indigenous networks grew as members diverted imperial resources to bolster an alternative configuration of power relations that crossed Indigenous and Euro-American nations. Women furthered commerce by navigating a multitude of gender norms of their nations, allowing them to defy the state that sought to control them by holding them to European ideals of womanhood. By the mid-eighteenth century, French-Indigenous families had become so powerful, incoming British traders and imperial officials courted their favor. These families would maintain that power as the British imperial presence splintered on the eve of the American Revolution.
Subjects: History
Publication Date: April 1st, 2020
294 pages| 6 in x 9 in
Michigan State University Press
Bios
Cloth
$44.95 USD
ISBN: 9781611863598