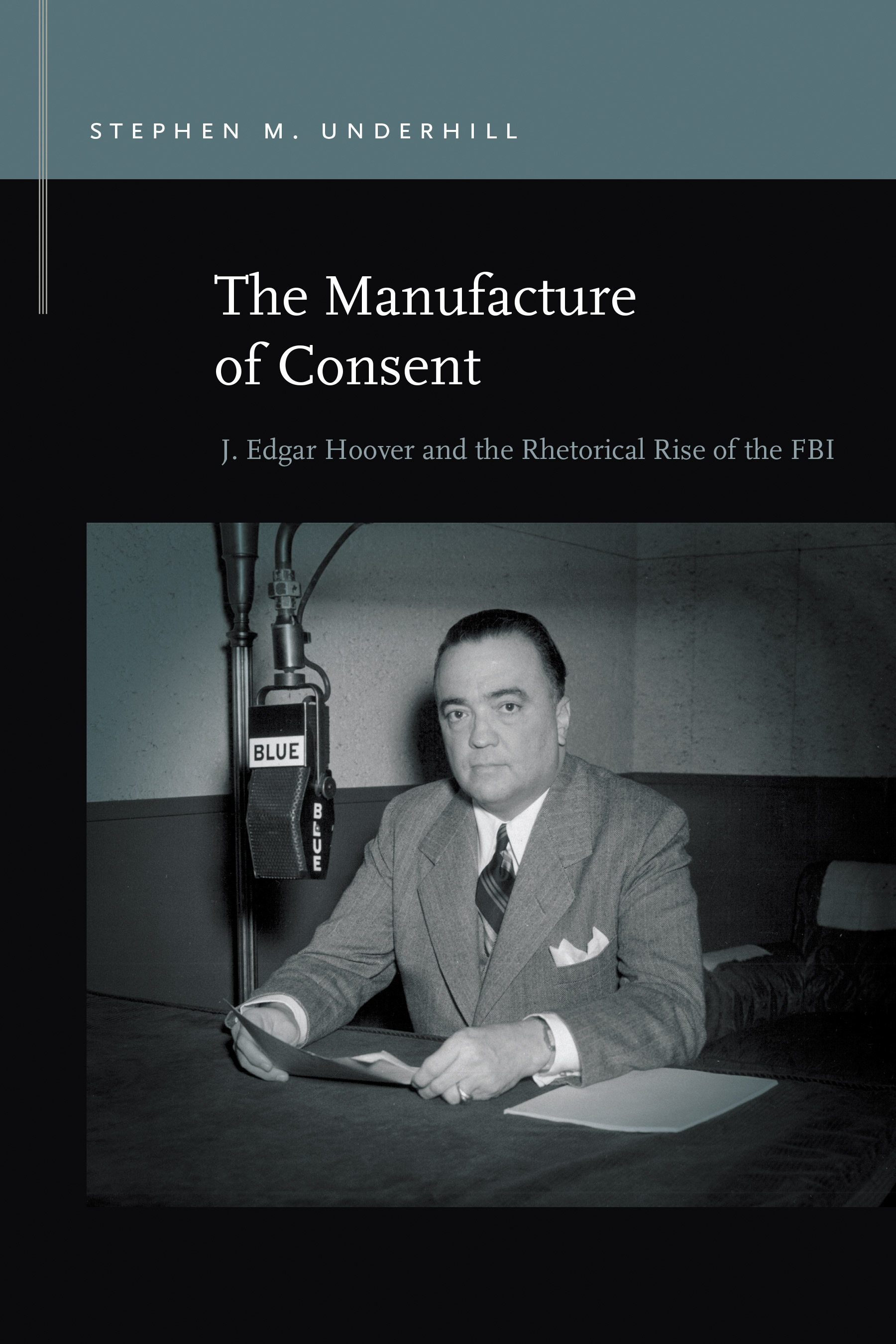 The Manufacture of Consent
J. Edgar Hoover and the Rhetorical Rise of the FBI
Stephen M. Underhill

The second Red Scare was a charade orchestrated by a tyrant with the express goal of undermining the New Deal—so argues Stephen M. Underhill in this hard-hitting analysis of J. Edgar Hoover’s rhetorical agency. Drawing on Classification 94, a vast trove of recently declassified records that documents the longtime FBI director’s domestic propaganda campaigns in the mid-twentieth century, Underhill shows that Hoover used the growing power of his office to subvert the presidencies of Franklin D. Roosevelt and Harry S. Truman and redirect the trajectory of U.S. culture away from social democracy toward a toxic brand of neoliberalism. He did so with help from Republicans who opposed organized labor and Southern Democrats who supported Jim Crow in what is arguably the most culturally significant documented political conspiracy in U.S. history, a wholesale domestic propaganda program that brainwashed Americans and remade their politics. Hoover also forged ties with the powerful fascist leaders of the period to promote his own political ambitions. All the while, as a love letter to Clyde Tolson still preserved in Hoover’s papers attests, he strove to pass for straight while promoting a culture that demonized same-sex love. The erosion of democratic traditions Hoover fostered continues to haunt Americans today.
Subjects: Biography | Language and Linguistics | Political Science
Series: Rhetoric & Public Affairs
Publication Date: February 1st, 2020
354 pages| 6 in x 9 in
Michigan State University Press
Bios
Paperback
$44.95 USD
ISBN: 9781611863468

The Origins of Bioethics
Remembering When Medicine Went Wrong