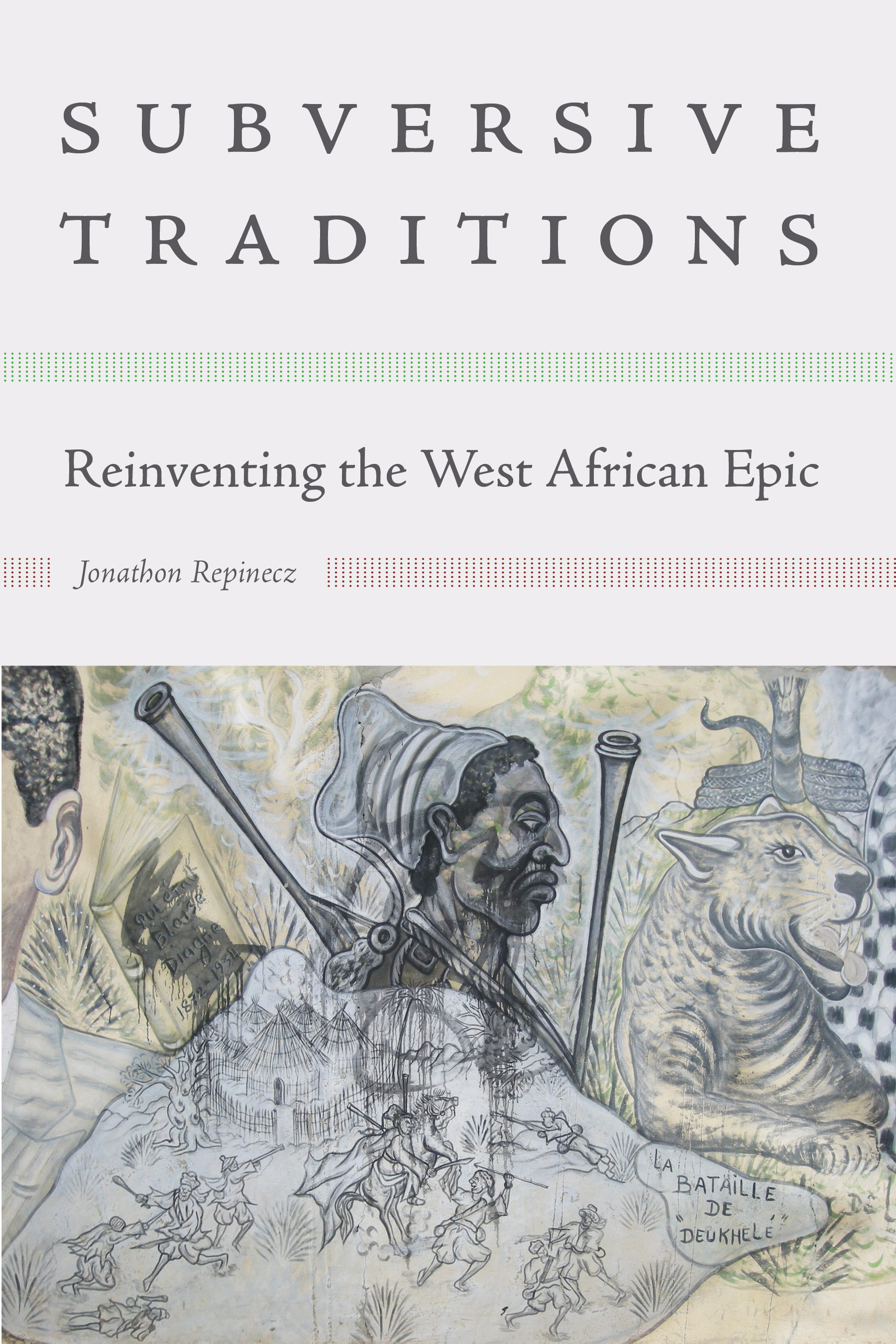 How can traditions be subversive? The kinship between African traditions and novels has been under debate for the better part of a century, but the conversation has stagnated because of a slowness to question the terms on which it is based: orality vs. writing, tradition vs. modernity, epic vs. novel. These rigid binaries were, in fact, invented by colonialism and cemented by postcolonial identity politics. Thanks to this entrenched paradigm, far too much ink has been poured into the so-called Great Divide between oral and writing societies, and to the long-lamented decline of the ways of old. Given advances in social science and humanities research—studies in folklore, performance, invented traditions, colonial and postcolonial ethnography, history, and pop culture—the moment is right to rewrite this calcified literary history. This book is not another story of subverted traditions, but of subversive ones. West African epics like Sunjata, Samori, and Lat-Dior offer a space from which to think about, and criticize, the issues of today, just as novels in European languages do. Through readings of documented performances and major writers like Yambo Ouologuem and Amadou Hampâté Bâ of Mali, Ahmadou Kourouma of Ivory Coast, and Aminata Sow Fall and Boubacar Boris Diop of Senegal, this book conducts an entirely new analysis of West African oral epic and its relevance to contemporary world literature.
Subjects: African Studies | Literary Criticism
Series: African Humanities and the Arts
Publication Date: October 1st, 2019
336 pages| 6 in x 9 in
Michigan State University Press
Bios
Jonathon Repinecz is an Assistant Professor of French at George Mason University. He also serves as affiliated faculty in the Global Affairs Program. A specialist of West African literature, his work has appeared in the Journal of African Cultural Studies, the Journal of African Cinemas, and Critical Multilingualism Studies, as well as a variety of blogs.

"In a work of remarkably original insight that brilliantly characterizes the French colonial dilemma, Repinecz demonstrates unparalleled command of West African literature, both oral and written. This could become a classic of literary criticism, consulted by future generations of students and academic specialists in multiple disciplines."
—David C. Conrad, Professor Emeritus of African History, State University of New York at Oswego, and editor and translator of Sunjata: A New Prose Version

"Subversive Traditions is a compelling and carefully researched study of West African oral traditions as critical, reflexive texts that act on politics and culture today. Working across a wide range of critical debates, Repinecz provokes us to consider the category of tradition as radically open and malleable, generating new histories and knowledges of modernity in Africa."
—Justin Izzo, Assistant Professor of French Studies, Brown University, and author of Experiments with Empire: Anthropology and Fiction in the French Atlantic

"An insightful exploration of the subversive powers of both oral and written texts from West Africa. Repinecz argues that epics and novels possess a shared critical reflexivity—by deploying supposedly traditional registers, they question the authority of the traditional and clear space for reimagining the present."
—Tobias Warner, Associate Professor of French, Department of French and Italian, University of California, Davis, and author of The Tongue-Tied Imagination: Decolonizing Literary Modernity in Senegal