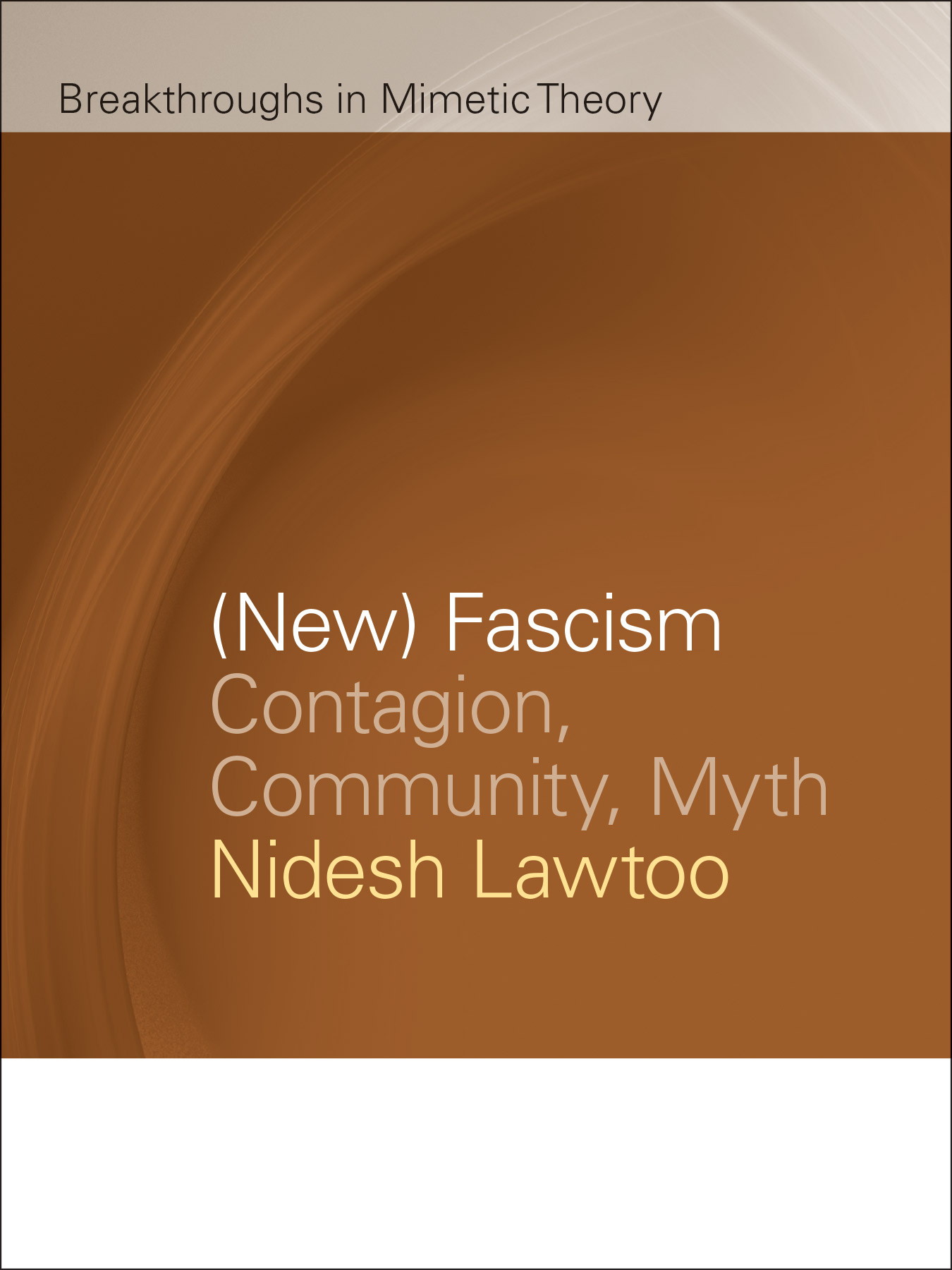 Fascism tends to be relegated to a dark chapter of European history, but what if new forms of fascism are currently returning to the forefront of the political scene? In this book, Nidesh Lawtoo furthers his previous diagnostic of crowd behavior, identification, and mimetic contagion to account for the growing shadow cast by authoritarian leaders who rely on new media to take possession of the digital age. Donald Trump is considered here as a case study to illustrate Nietzsche’s untimely claim that, one day, “ ‘actors,’ all kinds of actors, will be the real masters.” In the process, Lawtoo joins forces with a genealogy of mimetic theorists—from Plato to Girard, through Nietzsche, Tarde, Le Bon, Freud, Bataille, Lacoue-Labarthe, and Nancy, among others—to show that (new) fascism may not be fully “new,” let alone original; yet it effectively reloads the old problematics of mimesis via new media that have the disquieting power to turn politics itself into a fiction.
Subjects: Literary Criticism | Philosophy | Political Science
Series: Breakthroughs in Mimetic Theory
Publication Date: August 1st, 2019
360 pages| 4.5 in x 6 in
Michigan State University Press
Bios
Nidesh Lawtoo is Assistant Professor of Philosophy and English at KU Leuven in Belgium, as well as Principal Investigator of an interdisciplinary project funded by the European Research Council titled Homo Mimeticus: Theory and Criticism. He was previously Visiting Scholar in the Humanities Center at Johns Hopkins University, and he is the author of Conrad's Shadow: Catastrophe, Mimesis, Theory and The Phantom of the Ego: Modernism and the Mimetic Unconscious, which has been translated into Italian.

"Lawtoo’s account is both incredibly enlightening and incredibly sobering as it forces us to face the mimetic beast in all of us, the old and new 'Man of the Crowds.'”
—From the foreword by Mikkel Borch-Jacobsen

"Calmly, carefully, and courageously, Nidesh Lawtoo examines the rise of a 'reloaded' fascism in the United States and Europe. His diagnosis—whose key figures include mimesis, myth, Girard, contagion, Bataille, Connolly, community, phantom egos, Dionysian identification, partage, Apollonian dream-states, and sacrifice—is both lucid and fascinating. The book is a testament to the power of reasoning to unmask and resist cruel forms of affective contagion, even as it opens the door to the project of composing generous and laudable admixtures of pathos and logos. A bracing and elegant book very much worth reading."
—Jane Bennett, Professor, Department of Political Science, Johns Hopkins University, and author of Vibrant Matter: A Political Ecology of Things

"A penetrating investigation of neofascist leaders’ power to trigger mimetic contagion among enthusiastic crowds, both in Europe and in the United States, Nidesh Lawtoo’s insightful book reframes fundamental concepts of our political tradition in light of current mass-mediated forms of communication and hypermimetic strategies of mythologization."
—Adriana Cavarero, Professor Emeritus, Political Philosophy, University of Verona, and author of Inclinations: A Critique of Rectitude

The Phantom of the Ego
Modernism and the Mimetic Unconscious