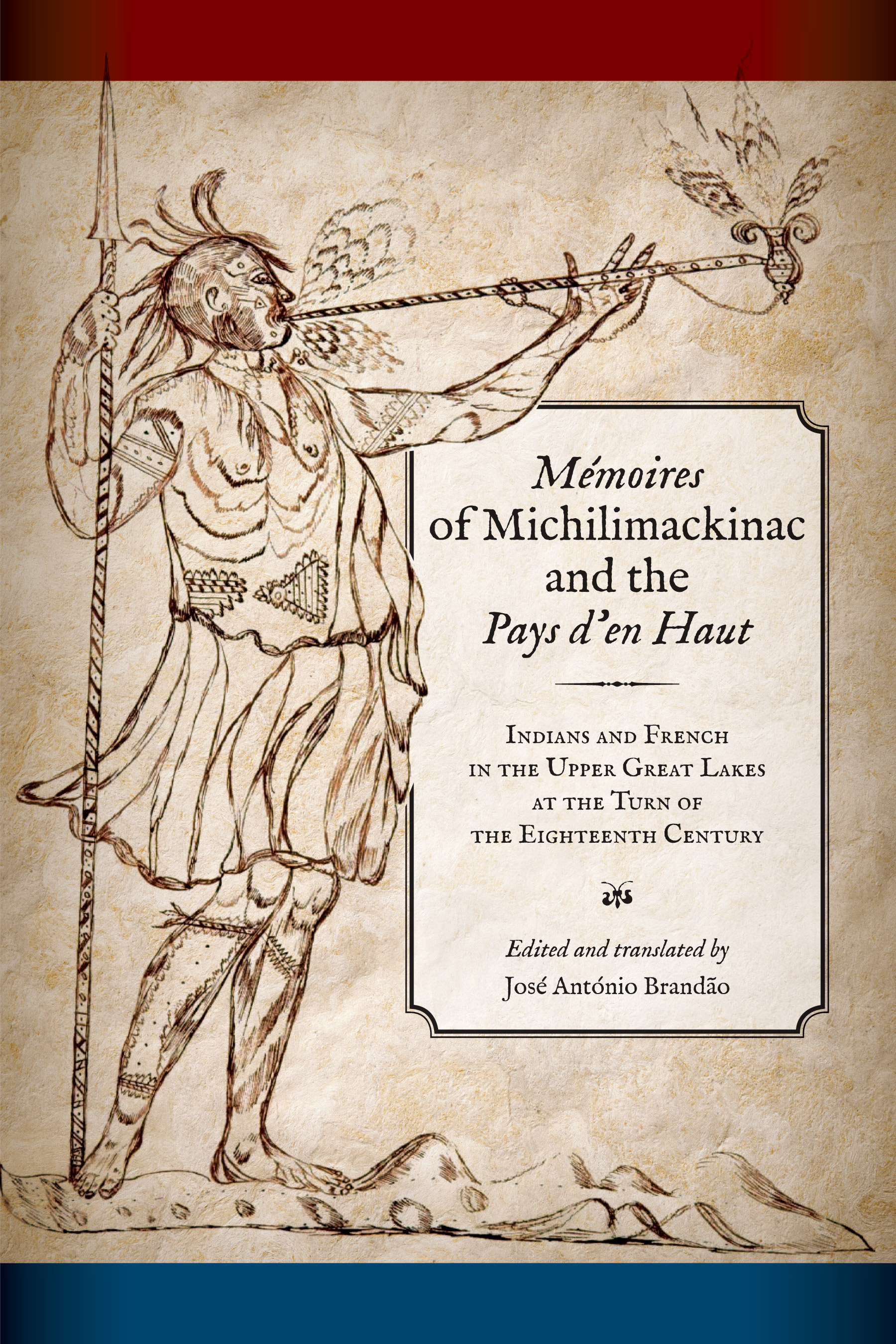 Mémoires of Michilimackinac and the Pays d'en Haut
Indians and French in the Upper Great Lakes at the Turn of the Eighteenth Century
Mémoires of Michilimackinac offers corrected, unabridged, and properly annotated and edited transcriptions and translations of three important documents related to the French presence and French–Native American relations in the Great Lakes region before 1715. The Relation du sieur De lamotte Cadillac; d’Aigremont’s Mémoire of November 14, 1708; and Bégon’s Mémoire on the Establishment of Michilimackinac of September 20, 1713, are thoroughly examined, with an introduction that places these documents in context; summarizes major findings about Michilimackinac, Native American cultures, and French imperial ambitions in the Great Lakes region; and includes a critical exploration of the documents’ authorship. All three mémoires provide windows into Michilimackinac’s centrality to the French imperial and trade network and the place of Native Americans in French policy during this period, and ultimately contribute to understanding trends, enduring and new, in the scholarship of French and Indians in the upper Great Lakes.
Subjects: History
Publication Date: August 1st, 2019
482 pages| 6 in x 9 in
Michigan State University Press
Bios
José António Brandão is a Professor of history at Western Michigan University. His research focuses upon the history, culture, and interaction of the Iroquois Indians with their Native and European neighbors, and on the history and culture of New France. Brandão is also codirector of the French Michilimackinac Research Project, a project of the Mackinac State Historic Parks that aims at identifying and translating French language materials related to the early history of Michigan, especially that of the Straits of Mackinac.

Edge of Empire
Documents of Michilimackinac, 1671-1716