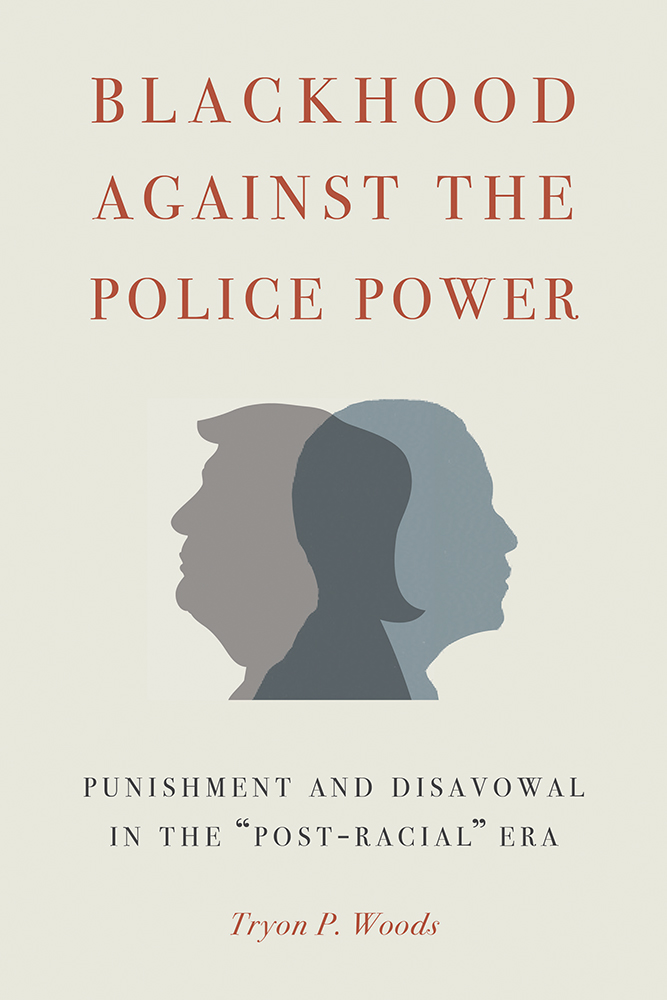 Blackhood Against the Police Power
Punishment and Disavowal in the "Post-Racial" Era
Tryon P. Woods

Both significant and timely, Blackhood Against the Police Power addresses the punishment of “race” and the disavowal of sexual violence central to the contemporary “post-racial” culture of politics. Here the author asserts that the post-racial presents an antiblack animus that should be read as desiring the end of blackness and the black liberation movement’s singular ethical claims. The book redefines policing as a sociohistorical process of implementing antiblackness and, in so doing, redefines racism as an act of sexual violence that produces the punishment of race. It smartly critiques the way leading antiracist discourse is frequently complicit with antiblackness and recalls the original 1960s conception of black studies as a corrective to the deficiencies in today’s critical discourse on race and sex. The book explores these lines of inquiry to pinpoint how the history of racial slavery wraps itself in a new discourse of disavowal. In this way, Blackhood Against the Police Power responds to a range of texts, policies, practices, and representations complicit with the police power—from the Fourth Amendment and the movements to curtail stop-and-frisk policing and mass incarceration to popular culture treatments of blackness to the leading academic discourses on race and sex politics.
Subjects: Political Science | Social Science | Law
Publication Date: June 1st, 2019
350 pages| 6 in x 9 in
Michigan State University Press
Bios
Tryon P. Woods is Associate Professor of crime and justice studies at the University of Massachusetts Dartmouth and Special Lecturer in black studies at Providence College. He is coeditor of On Marronage: Ethical Confrontations with Antiblackness and Conceptual Aphasia in Black: Displacing Racial Formation.

"Blackhood Against the Police Power offers brilliant analyses rarely seen. This essential study of depredation within democracy should be debated and shared. Lucid and elegantly written, Blackhood Against the Police Power enlightens and unsettles. Deflecting the seductions of popularized politics, Tryon P. Woods’s critiques of violence challenge the morass and the violations against humanity evolving as a democratic norm."
—Joy James, F. C. Oakley 3rd Century Professor of the Humanities, Williams College, and author of Seeking the Beloved Community and Resisting State Violence