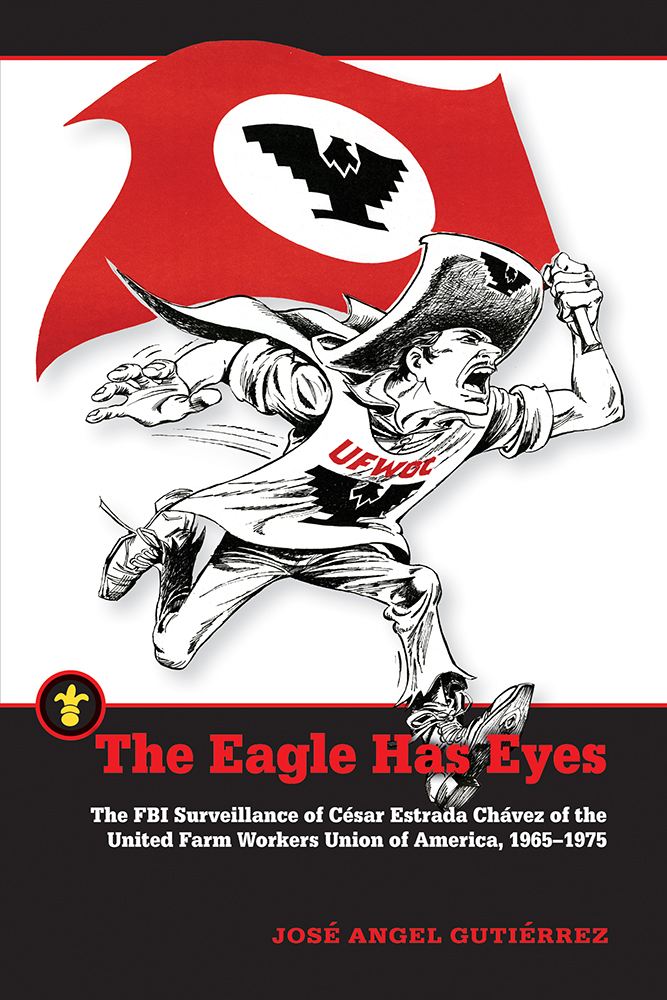 The Eagle Has Eyes
The FBI Surveillance of César Estrada Chávez of the United Farm Workers Union of America, 1965–1975
José Angel Gutiérrez

This book is the first of its kind to bring transparency to the FBI’s attempts to destroy the incipient Chicano Movement of the 1960s. While the activities of the deep state are current research topics, this has not always been the case. The role of the U.S. government in suppressing marginalized racial and ethnic minorities began to be documented with the advent of the Freedom of Information Act and most recently by disclosures of whistle blowers. This book utilizes declassified files from the FBI to investigate the agency’s role in thwarting Cesar E. Chavez’s efforts to build a labor union for farm workers and documents the roles of the FBI, California state police, and local police in assisting those who opposed Chavez. Ultimately, The Eagle Has Eyes is a must-read for academics and activists alike.
Subjects: Political Science | Social Science | Law
Series: Latinos in the United States
Publication Date: March 1st, 2019
384 pages| 6 in x 9 in
Michigan State University Press
Bios
José Angel Gutiérrezis a Professor Emeritus of Political Science, formerly at University of Texas at Arlington, where he founded the Center for Mexican American Studies. Gutiérrez is considered one of the Four Horsemen of the Chicano Movement for his work in Texas with the Mexican American Youth Organization and as founder and National Chair of the Raza Unida Party.

“There are those who participate in history and those who make it. Few scholars have the trajectory of José Angel Gutiérrez, whose book The Eagle Has Eyes focuses on the FBI and César Chávez. Gutiérrez does not write about history in translation. His voice balances many recent accounts on Chávez that are more about icon bashing than understanding the forces that wrecked the Chicano agenda. The Eagle Has Eyes is a major contribution that offers a look into the so-called counterintelligence community. It puts to rest the myth that Chicanos did not care or organize to correct inequality. The poor are not poor because they want to be poor but because they are kept unorganized.”
—Rodolfo F. Acuña, Professor Emeritus and Founder of Chicano and Chicana Studies at California State University, Northridge.