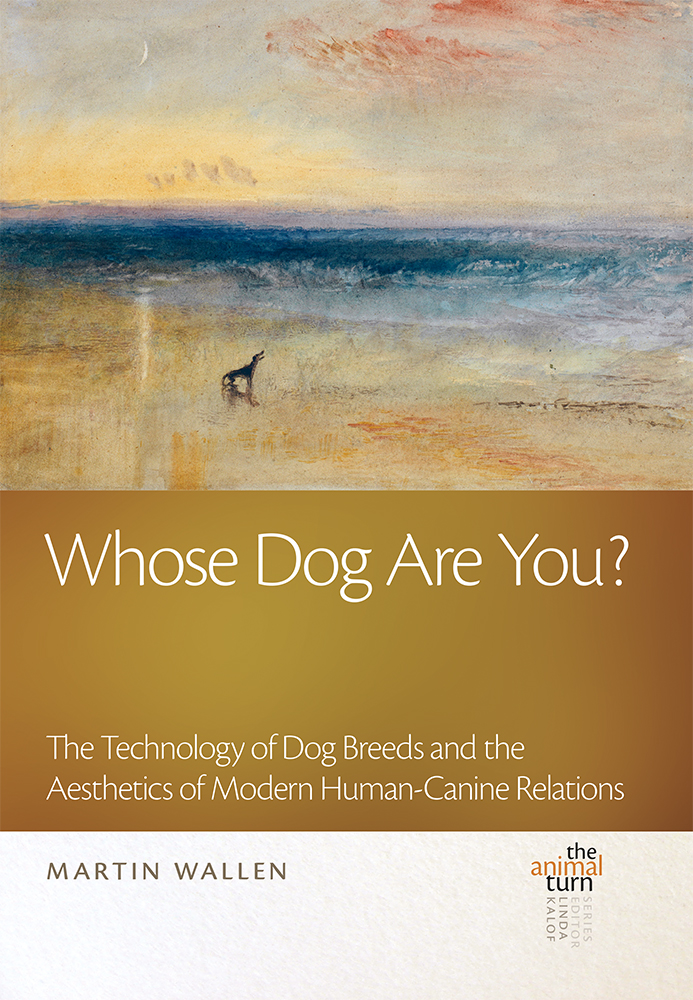 Whose Dog Are You?
The Technology of Dog Breeds and The Aesthetics of Modern Human-Canine Relations
Martin Wallen

The intriguing question in the title comes from an inscription on the collar of a dog Alexander Pope gave to the Prince of Wales. When Pope wrote the famous couplet “I am his Highness’ Dog at Kew, / Pray tell me Sir, whose Dog are You?” the question was received as an expression of loyalty. That was an era before there were dog breeds and, not coincidentally, before people were generally believed to develop affectionate bonds with dogs. This interdisciplinary study focuses on the development of dog breeds in the eighteenth and nineteenth centuries. Beginning with the Foxhound—the first modern breed—it examines the aesthetic, political, and technological forces that generate modern human-canine relations. These forces have colluded over the past two hundred years to impose narrow descriptions of human-canine relations and to shape the dogs physically into acceptable and recognizable breeds. The largest question in animal studies today—how alterity affects human-animal relations—cannot fully be considered until the two approaches to this question are understood as complements of one another: one beginning from aesthetics, the other from technology. Most of all, the book asks if we can engage with dogs in ways that allow them to remain dogs.
Subjects: Sociology | Anthropology | Animals and Society
Series: The Animal Turn
Publication Date: September 1st, 2017
182 pages| 7 in x 10 in
Michigan State University Press
Bios
Martin Wallen is a Professor in the English department at Oklahoma State University.

“Wallen’s book uses humanity’s oldest and best friend as a guide to lead literary animal studies through the intertwined histories of racial and species discourses. Framing the modern breed as techne, Wallen positions literature as a gauge of the irrevocable alterations of dogs in the Anglophone world since the eighteenth century and of how these changes prove consequential for humans and other animals as well.”
—Susan McHugh, Professor and Chair of English, University of New England