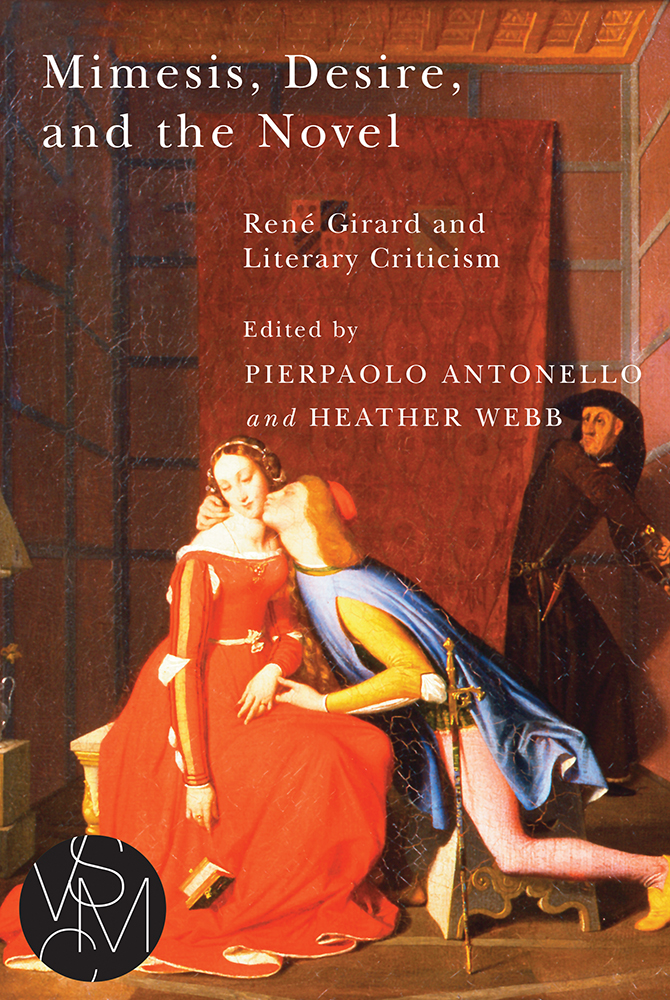 Mimesis, Desire, and the Novel
Rene Girard and Literary Criticism
Edited by Pierpaolo Antonello, and Heather Webb
Fifty years after its publication in English, René Girard’s Deceit, Desire, and the Novel (1965) has never ceased to fascinate, challenge, inspire, and sometimes irritate, literary scholars. It has become one of the great classics of literary criticism, and the notion of triangular desire is now part of the theoretical parlance among critics and students. It also represents the genetic starting point for what has become one of the most encompassing, challenging, and far-reaching theories conceived in the humanities in the last century: mimetic theory. This book provides a forum for new generations of scholars and critics to reassess, challenge, and expand the theoretical and hermeneutical reach of key issues brought forward by Girard’s book, including literary knowledge, realism and representation, imitation and the anxiety of influence, metaphysical desire, deviated transcendence, literature and religious experience, individualism and modernity, and death and resurrection. It also provides a more extensive and detailed historical understanding of the representation of desire, imitation, and rivalry within European and world literature, from Dante to Proust and from Dickens to Jonathan Littell.
Subjects: Philosophy | Literary Criticism
Series: Studies in Violence, Mimesis, & Culture
Publication Date: October 1st, 2015
358 pages| 6 in x 9 in
Michigan State University Press
Bios
Early Praise

“This is the kind of collection that many of us have been waiting for years to see—first-rate scholars reflecting intelligently, critically, and nondogmatically on René Girard's theory of mimetic desire, especially as it relates to the novel. The contributors to this volume do full justice to the complexity, nuances, and incomparable heuristic power of Girard’s theory, which represents one of the most important contributions to literary criticism in the twentieth century.”
—Robert Pogue Harrison, Professor of Italian Literature, Stanford University

“This powerful collection of informed critical responses to René Girard’s seminal work—both to its central tenets and its multiform applications—could not be more pressing in contemporary literary-cultural studies. Scholars across all the disciplines that Girard has interrogated will discover anew his key understanding: literature as theory is very much alive. For literary scholars, this volume variously illuminates Girard’s early work as containing something hidden from foundations of their worlds, the intrinsic connections between mimesis, desire, and the literary critic.”
—Mary Orr, Professor of French, Director of the Institute of Language and Culture, Director of Research for Modern Languages, University of Southampton

Can We Survive Our Origins?
Readings in René Girard's Theory of Violence and the Sacred