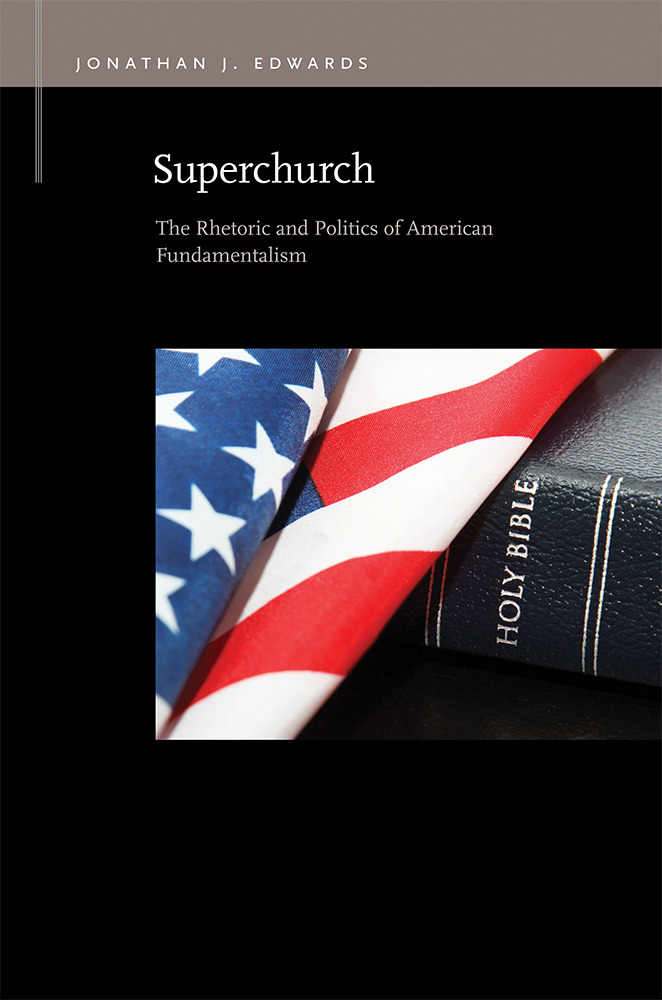 Christian Fundamentalism is a doctrine and a discourse in tension. Fundamentalists describe themselves as both marginal and a majority. They announce the imminent end of the world while building massive megachurches and political lobbying organizations. They speak of the need for purity and separation from the outside world while continually innovating in their search for more effective and persuasive ways to communicate with and convert outsiders. To many outsiders, Fundamentalist speech seems contradictory, irrational, intolerant, and dangerously antidemocratic. To understand the complexity of Fundamentalism, we have to look inside the tensions and the paradoxes. We have to take seriously the ways in which Fundamentalists describe themselves to themselves, and to do that, we must begin by exploring the central role of “the church” in Fundamentalist rhetoric and politics. Drawing on five fascinating case studies, Superchurch blends a complex yet readable treatment of rhetorical and political theory with a sophisticated approach to Fundamentalism that neither dismisses its appeal nor glosses over its irresolvable tensions. Edwards challenges theories of rhetoric, counterpublics, deliberation, and civility while offering critical new insights into the evolution and continuing influence of one of the most significant cultural and political movements of the past century.
Subjects: Rhetoric | Religion
Series: Rhetoric & Public Affairs
Publication Date: April 1st, 2015
268 pages| 6 in x 9 in
Michigan State University Press
Bios
Early Praise

“This is an insightful, balanced view of American Protestant fundamentalism based on solid case studies that ground the conclusions in fundamentalist rhetoric and community.”
—Quentin J. Schultze, Arthur H. DeKruyter Chair, Calvin College, and author of Christianity and the Mass Media in America

Interview about the meaning of “fundamentalism,” the rise of the megachurch, and how to read Ted Cruz:."The Rhetoric of American Fundamentalism" —Eric Miller teaches in the Department of Communication Studies at Bloomsburg University of Pennsylvania.

Interview with author Edwards: "Why Christian Fundamentalism is Still a Big Deal in U.S. Politics, and how It Got that Way."
—USC Religion Dispatches