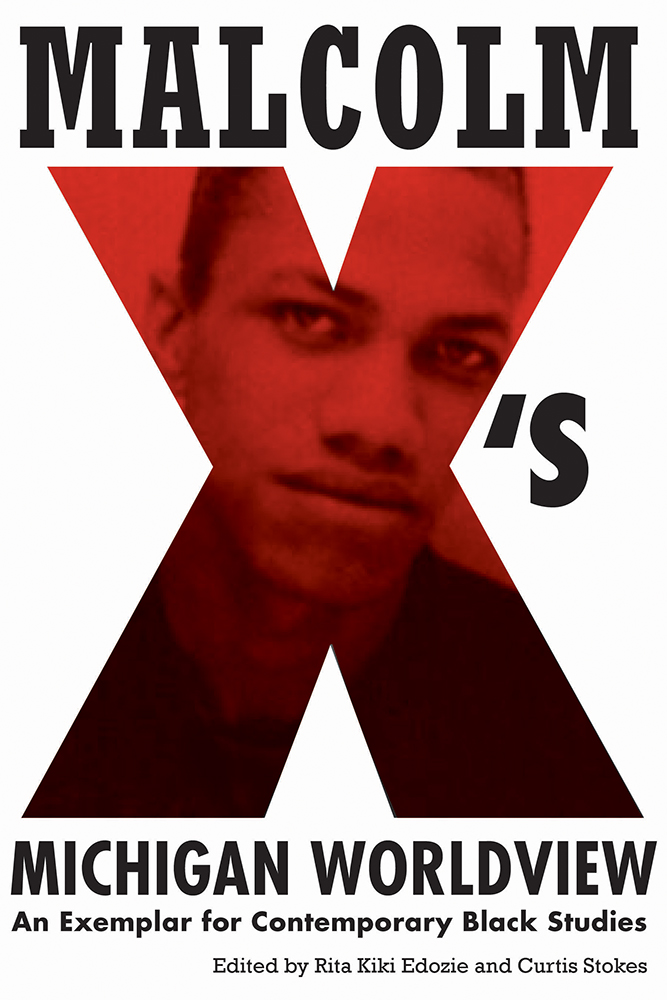 Malcolm X's Michigan Worldview
An Exemplar for Contemporary Black Studies
Edited by Rita Kiki Edozie, and Curtis Stokes
The provocative debate about Malcolm X’s legacy that emerged after the publication of Manning Marable’s 2011 biography raised critical questions about the revolutionary Black Nationalist’s importance to American and world affairs: What was Malcolm’s association with the Nation of Islam? How should we interpret Malcolm’s discourses? Was Malcolm antifeminist? What is Malcolm’s legacy in contemporary public affairs? How do Malcolm’s early childhood experiences in Michigan shape and inform his worldview? Was Malcolm trending toward socialism during his final year? Malcolm X’s Michigan Worldview responds to these questions by presenting Malcolm’s subject as an iconography used to deepen understanding of African descendent peoples’ experiences through advanced research and disciplinary study. A Black studies reader that uses the biography of Malcolm X both to interrogate key aspects of the Black world experience and to contribute to the intellectual expansion of the discipline, the book presents Malcolm as a Black subject who represents, symbolizes, and associates meaning with the Black/Africana studies discipline. Through a range of multidisciplinary prisms and themes including discourse, race, culture, religion, gender, politics, and community, this rich volume elicits insights about the Malcolm iconography that contribute to the continuous formulation, deepening, and strengthening of the Black studies discipline.
Subjects: History | Sociology | African American Studies
Publication Date: June 1st, 2015
316 pages| 6 in x 9 in
Michigan State University Press
Bios
RITA KIKI EDOZIE is Professor of African Affairs in the Department of Conflict Resolution, Human Security, and Global Governance and Associate Dean at the McCormack Graduate School of Policy and Global Studies at the University of Massachusetts Boston.


Curtis Stokes is Professor of Political Theory and Black Politics in James Madison College at Michigan State University. He has edited and authored six books, including the award-winning Malcolm X's Michigan Worldview: An Exemplar for Contemporary Black Studies and The State of Black Michigan, 1967–2007.

"This groundbreaking volume represents the most significant scholarly reader in the field. This rich and comprehensive anthology fulfills a long-standing need to study Malcolm’s early life in Michigan, its influence on his evolution to become El-Hajj Malik El-Shabazz, his impact on generations of Africana people as well as the Black power, its theory and practice, the accompanying Black arts movement and the core themes that emerged in the discipline of Black Studies."
—Diane D. Turner, Curator, Charles L. Blockson Afro-American Collection