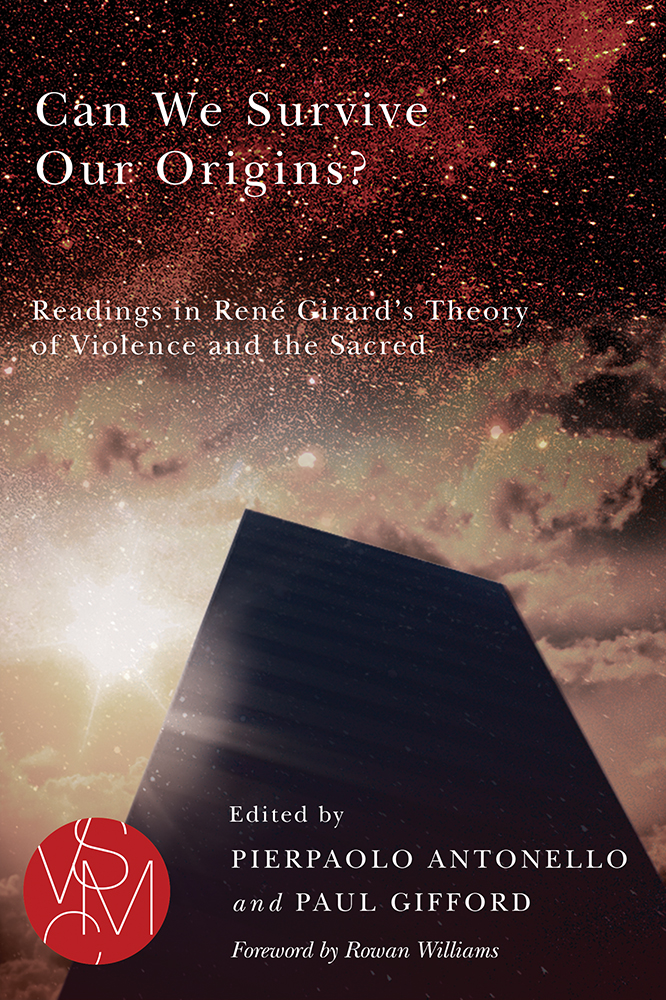 Can We Survive Our Origins?
Readings in René Girard's Theory of Violence and the Sacred
Edited by Pierpaolo Antonello, and Paul Gifford
Are religions intrinsically violent (as is strenuously argued by the ‘new atheists’)? Or, as Girard argues, have they been functionally rational instruments developed to manage and cope with the intrinsically violent runaway dynamic that characterizes human social organization in all periods of human history? Is violence decreasing in this time of secular modernity post-Christendom (as argued by Steven Pinker and others)? Or are we, rather, at increased and even apocalyptic risk from our enhanced powers of action and our decreased socio-symbolic protections? Rene Girard’s mimetic theory has been slowly but progressively recognized as one of the most striking breakthrough contributions to twentieth-century critical thinking in fundamental anthropology: in particular for its power to model and explain violent sacralities, ancient and modern. The present volume sets this power of explanation in an evolutionary and Darwinian frame. It asks: How far do cultural mechanisms of controlling violence, which allowed humankind to cross the threshold of hominization—i.e., to survive and develop in its evolutionary emergence—still represent today a default setting that threatens to destroy us? Can we transcend them and escape their field of gravity? Should we look to—or should we look beyond—Darwinian survival? What—and where (if anywhere)—is salvation?
Subjects: Religion | Philosophy
Series: Studies in Violence, Mimesis, & Culture
Publication Date: January 1st, 2015
388 pages| 6 in x 9 in
Michigan State University Press
Bios
Early Praise

“The importance of studies such as the ones contained in this book is that they both underline the urgency of the cultural crisis and open up impressive possibilities for conversation between Girardians and others in the mainstream of our discourse. If Girard and most of the contributors to this volume are right, such conversation is anything but a luxury.”
—Right Reverend Rowan Williams, former Archbishop of Canterbury

Mimesis, Desire, and the Novel
Rene Girard and Literary Criticism