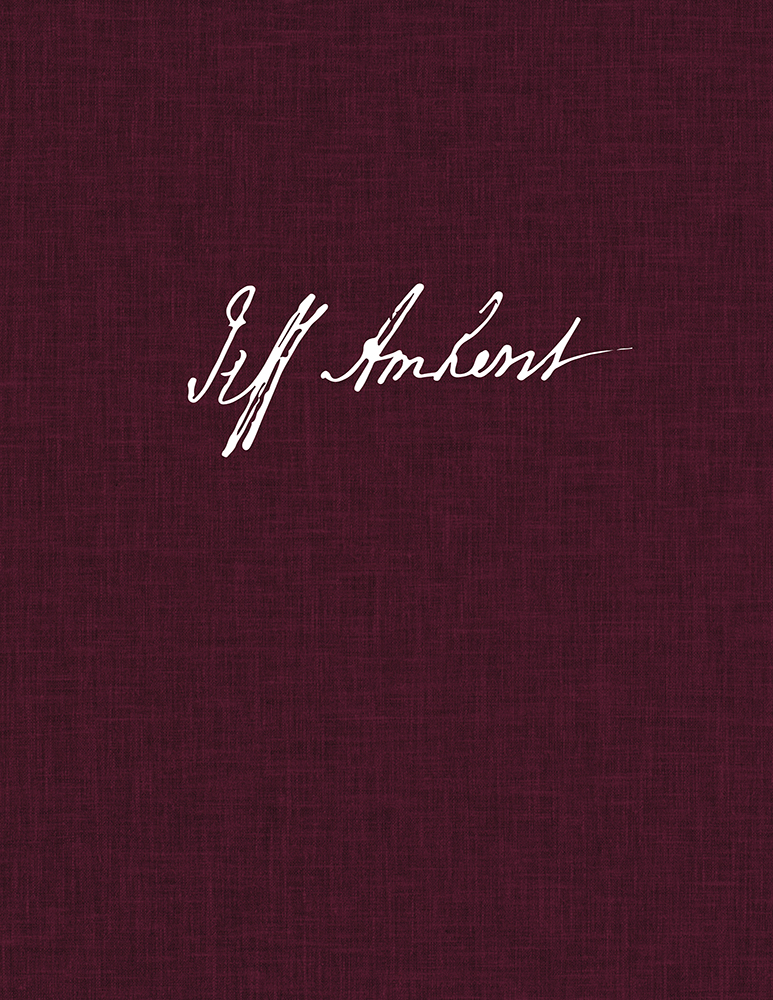 General Jeffery Amherst served as commander in chief of the British army in North America during the Seven Years’ War from 1758 until 1763. Under Amherst’s leadership the British defeated French forces enabling the British Crown to claim Canada. Like many military officers, Amherst kept a journal of his daily activities, and the scope of this publication is from March 1757, while he was Commissary to the troops of Hesse-Kassel on British service in Germany, until his return to Great Britain in December 1763. The daily journal contains a record of and a commentary on events that Amherst witnessed or that he learned of through his correspondence. Where he mentions letters or orders received or sent, where possible, the present-day source locations of documents are identified. The Daily and Personal Journals are the record of the man who played a decisive role in British victories at Louisbourg, on Lake Champlain, and at Montreal. Amherst wrote the personal journal after he returned home. It does not have entries made on a daily basis. It is replete with lists, diagrams, and compendia to more fully explain events. Colored diagrams show dispositions or “Orders of Battle,” organizational structures, and evidence of uniform colors of units for campaigns at Louisbourg, Quebec, Niagara, Lake Champlain, the Carolinas, Montreal, and the Caribbean. In addition, Amherst made mileage charts and lists of ships, currency values, and officers who died during the war.
Subjects: Military Studies | History
Publication Date: February 1st, 2015
620 pages| 8.5 in x 11 in
Michigan State University Press
Bios
Early Praise

"The Journals of Jeffery Amherst take us into the mind of the general who led British forces to victory in the Seven Years’ War in North America. Robert J. Andrews’s exhaustive and meticulous research generated comprehensive references to correspondence, annotations, biographies, place descriptions, and lists of officers and ships enabling us to better understand Amherst’s genius. This work is an essential source for all students of the Seven Years’ War."
—Keith R. Widder, former Curator of History, Mackinac State Historic Parks, and author of Beyond Pontiac’s Shadow:
Michilimackinac and the Anglo-Indian War of 1763

"Hugely impressive…this scholarly work reveals key insights into why and how General Jeffery Amherst took high-level and tactical decisions, and reacted to their outcome, in the successful operations he led as land commander in North America. The edition is a fine example of journals transformed into narrative history, and deserves study."
—Colonel Hugh Boscawen, author of The Capture of Louisbourg, 1758

"Robert Andrews has produced a spectacularly well-annotated and informative edition of the most important journals of the French and Indian War and Pontiac's uprising of 1763.  General Amherst's frank daily comments provide a fascinating look inside British headquarters during the climactic years of both conflicts. The Journals of Jeffery Amherst is an essential tool for understanding the events of 1758-1763 in America."
—Brian Leigh Dunnigan, Associate Director, William L. Clements Library, University of Michigan; Editor, Pouchot's Memoirs on the Late War in North America

The Journals of Jeffery Amherst, 1757-1763, Volume 2
A Dictionary of People, Places, and Ships