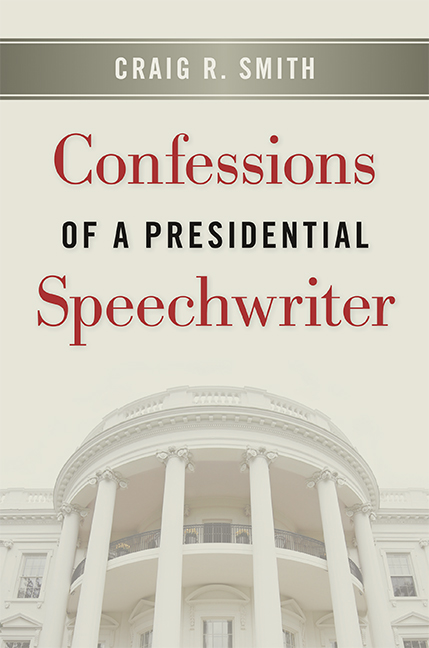 An avid high school debater and enthusiastic student body president, Craig Smith seemed destined for a life in public service from an early age. As a sought-after speechwriter, Smith had a front-row seat at some of the most important events of the twentieth century, meeting with Robert Kennedy and Richard Nixon, advising Governor Ronald Reagan, writing for President Ford, serving as a campaign manager for a major U.S. senator’s reelection campaign, and writing speeches for a contender for the Republican nomination for president. Life in the volatile world of politics wasn’t always easy, however, and as a closeted gay man, Smith struggled to reconcile his private and professional lives. In this revealing memoir, Smith sheds light on what it takes to make it as a speechwriter in a field where the only constant is change. While bouncing in and out of the academic world, Smith transitions from consultantships with George H. W. Bush and the Republican caucus of the U.S. Senate to a position with Chrysler CEO Lee Iacocca. When Smith returns to Washington, D.C., as president and founder of the Freedom of Expression Foundation, he becomes a leading player on First Amendment issues in the nation’s capital. Returning at long last to academia, Smith finds happiness coming out of the closet and reaping the benefits of a dedicated and highly successful career.
Subjects: Rhetoric | GLBT/Queer Studies | Political Science
Publication Date: February 1st, 2014
394 pages| 6 in x 9 in
Michigan State University Press
Bios
Early Praise

"In addition to augmenting the corpus of works on professional speechwriting, this fast-paced book is simultaneously a work of history, rhetorical criticism, autobiography, and political reflection."
— Stephen E. Lucas, Evjue-Bascom Professor in the Humanities, University of Wisconsin-Madison

Five myths about the State of the Union address
By Craig R. Smith—Washington Post Opinions, January 23, 2014