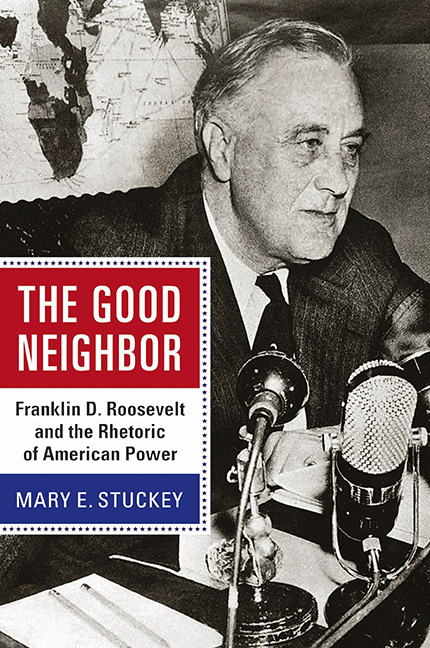 No modern president has had as much influence on American national politics as Franklin D. Roosevelt. During FDR’s administration, power shifted from states and localities to the federal government; within the federal government it shifted from Congress to the president; and internationally, it moved from Europe to the United States. All of these changes required significant effort on the part of the president, who triumphed over fierce opposition and succeeded in remaking the American political system in ways that continue to shape our politics today. Using the metaphor of the good neighbor, Mary E. Stuckey examines the persuasive work that took place to authorize these changes. Through the metaphor, FDR’s administration can be better understood: his emphasis on communal values; the importance of national mobilization in domestic as well as foreign affairs in defense of those values; his use of what he considered a particularly democratic approach to public communication; his treatment of friends and his delineation of enemies; and finally, the ways in which he used this rhetoric to broaden his neighborhood from the limits of the United States to encompass the entire world, laying the groundwork for American ideological dominance in the post–World War II era.

INTERVIEW: TIME magazine, July 02, 2018, "A Reckoning After Trump's Border Separation Policy: What Kind of Country Are We?"

Political Vocabularies
FDR, the Clergy Letters, and the Elements of Political Argument