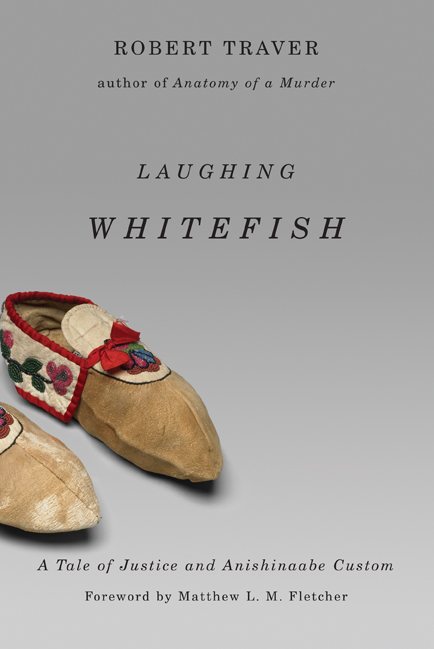 Laughing Whitefish is an engrossing trail drama of ethnic hostility and the legal defense of Indian treaties. Young Lawyer William (Willy) Poe puts out a shingle in Marquette, Michigan, in 1873, hoping to meet a woman who will take him seriously. His first client, the alluring Charlotte Kawbawgam, known as Laughing Whitefish, offers an enticing challenge—a compelling case of injustice at the hands of powerful mining interests. Years earlier, Charlotte's father led the Jackson Mining Company to a lucrative iron ore strike, and he was then granted a small share in the mine, which the new owners refuse to honor. Willy is now Charlotte's sole recourse for justice. Laughing Whitefish is a gripping account of barriers between Indian people and their legal rights. These poignant conflicts are delicately wrought by the pre-eminent master of the trial thriller, the best-selling author of Anatomy of a Murder. This new edition includes a foreword by Matthew L.M. Fletcher, Director of the Indigenous Law and Policy Center at Michigan State University, that contextualizes the novel and actual decisions of the Michigan Supreme Court ruling in favor of Charlotte.
Subjects: Literary Studies | Fiction | Native American Studies
Publication Date: May 1st, 2011
246 pages| 6.00 in x 8.9 in
Michigan State University Press
Bios
Matthew L.M. Fletcher is an Associate Professor in Michigan State UniversityÆs College of Law, Director of the Indigenous Law and Policy Center, and an appellate justice for several Michigan tribal courts. In 2010 Professor Fletcher was elected to the American Law Institute.

Facing the Future
The Indian Child Welfare Act at 30