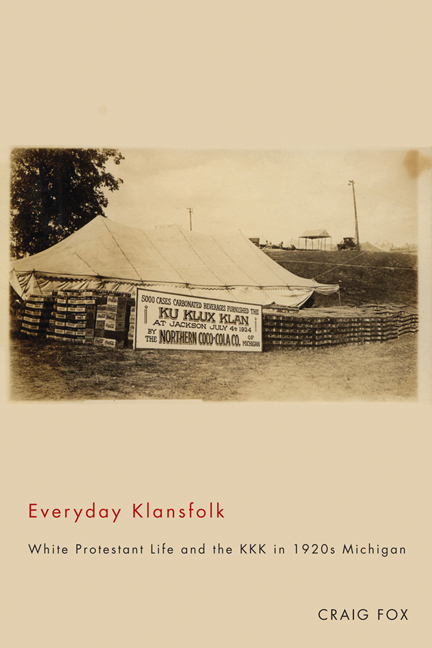 In 1920s Middle America, the Ku Klux Klan gained popularity not by appealing to the fanatical fringes of society, but by attracting the interest of “average” citizens. During this period, the Klan recruited members through the same unexceptional channels as any other organization or club, becoming for many a respectable public presence, a vehicle for civic activism, or the source of varied social interaction. Its diverse membership included men and women of all ages, occupations, and socio-economic standings. Although surviving membership records of this clandestine organization have proved incredibly rare, Everyday Klansfolk uses newly available documents to reconstruct the life and social context of a single grassroots unit in Newaygo County, Michigan. A fascinating glimpse behind the mask of America’s most notorious secret order, this absorbing study sheds light on KKK activity and membership in Newaygo County, and in Michigan at large, during the brief and remarkable peak years of its mass popular appeal.

Subjects: American Studies | History
Publication Date: March 15th, 2011
274 pages| 6 in x 9 in
Michigan State University Press
Bios
Craig Fox recieved his PhD in History from the University of York, where he has taught. He currently lives in England.