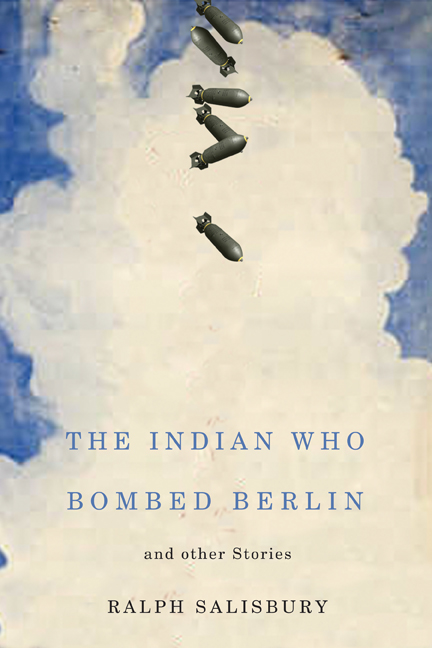 The Indian Who Bombed Berlin
and Other Stories
Ralph Salisbury

Ralph Salisbury's stories are engaging and unique. He has a distinctive approach to assembling the elements of a narrative. The "facts" might be revealed directly, but they are more likely to emerge in small fragments of illumination, like pieces of a dream.
The men Salisbury describes have been to war, and being "home"—in the States—is sometimes disorienting for them. Most of them think that they need a woman to help them get their bearings. High school football star Cyrus Littlehorse Jones dreams of slipping silky lingerie off the pale white bodies of high school cheerleaders. A Korean War veteran joins a Vietnam War protest so that he can score with a "hippie chick."
Salisbury taps primal emotions—love, passion, anger—but he explores his subjects in unusual ways, like drillers who bore at odd angles to discover pools of oil trapped deep in layers of rock. He excavates the hearts and minds of his characters, mining them to fuel his stories. And his stories are the richer for it—invariably compelling and continually surprising.
Subjects: Fiction | Native American Studies | Literary Studies
Series: American Indian Studies
Publication Date: June 8th, 2009
210 pages| 6 in x 9 in
Michigan State University Press
Bios
Ralph Salisbury is the author of seven books of poetry and two books of short fiction, One Indian and Two Chiefs and The Last Rattlesnake Throw and Other Stories.