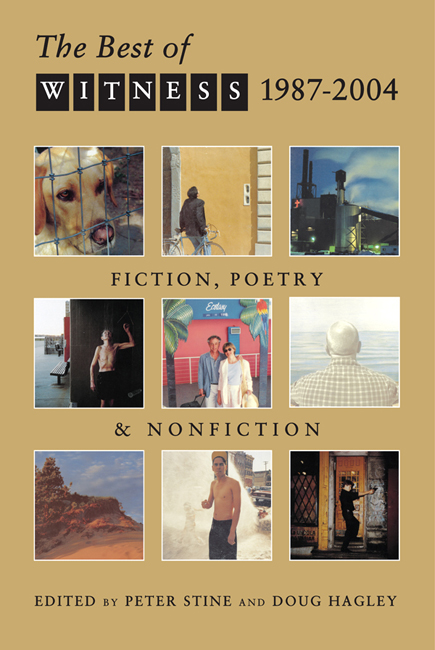 A special issue featuring the "best of writers": Witness is a literary magazine that, over the course of its twenty years of publication, has earned a reputation as "the writer’s literary journal." It publishes, with very little fanfare and lots of word-of- mouth recommendation, the very best writers of fiction, nonfiction, and poetry.
This special issue, The Best of Witness, 1987–2004 is now in book form, and contains the best pieces that appeared in the journal from 1987 until 2004 as chosen by editor Peter Stine.
Contributors include Robert Bly, Stuart Dybek, Barry Lopez, Thomas Lynch, Joyce Carol Oates, Gary Snyder, Terry Tempest Williams, among others.