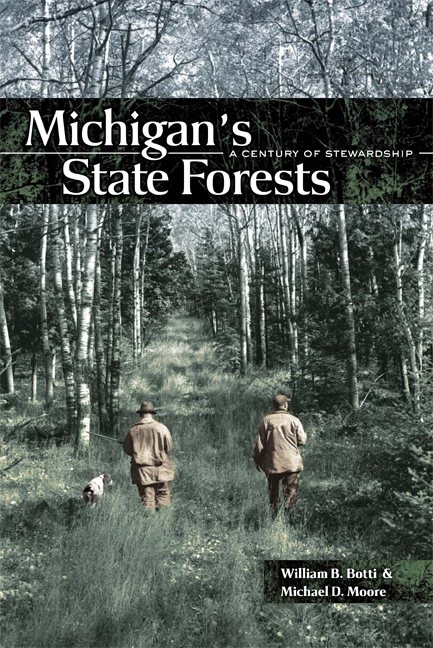 It has been said that Michigan’s nineteenth century white pine stands were the finest the world has ever seen. Dense, parklike stands, more than 150 feet tall, covered vast areas northward from the Bay City– Muskegon line. The sheer quantity of timber lured many adventurous entrepreneurs and enterprising farmers to Michigan. Lumber became a mainstay of Michigan’s economy as logging interests and railroad entrepreneurs became adept at harvesting, transporting, and processing pine logs. Many considered the pine to be practically limitless.
In October of 1871, the first indication of a troubled future occurred when Michigan settlers experienced fires unlike any they had ever seen. Following two months of serious drought, and fed by hundreds of small fires set by land-clearing operations, much of northern Lower Michigan erupted in flames; dry winds fanned the many small fires into one unbelievable conflagration that swept entirely across the Lower Peninsula, from Lake Michigan to Lake Huron. Many towns were reduced to ashes, among them Holland, Glen Haven, Huron City, Sand Beach, White Rock, and Forestville. Navigation was interrupted on Lake Huron and as far downriver as Detroit because of the heavy smoke. More than 200 people lost their lives.
Michigan’s State Forests recounts how an abandoned, cutover, and often burned wilderness has been converted once again into highly productive and protected public lands. For more than 100 years, these lands have been preserved, managed and developed to form one of Michigan’s great assets, not only for economic development but also as enhancements to our quality of life.


Michael D. Moore is the president of Moore and Associates, a natural resources consulting firm. He spent 37 years with the Michigan Department of Natural Resources, and was appointed Director in 1995. He is a former Peace Corps volunteer and a Captain, United States Naval Reserve (retired).

The Waters of Michigan