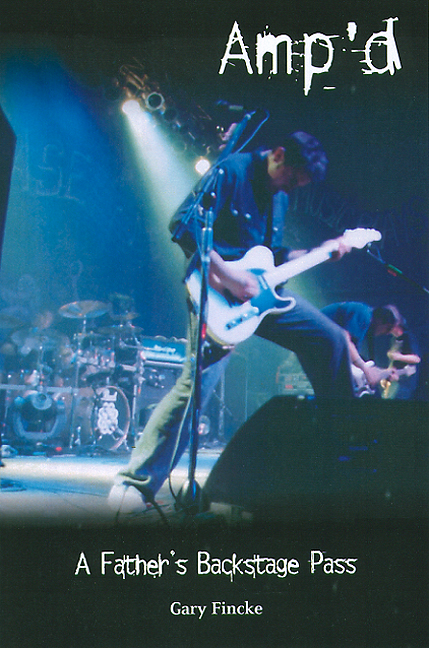 Set against a backdrop of aggressive rock, frenzied fans, moshing, stage diving, crowd surfing, security brutality, and occasional outright violence, Amp’d: A Father’s Backstage Pass follows four years in the life of Gary Fincke’s son, Aaron, a rock-and-roll guitarist. From bands such as Breaking Benjamin (signing with Hollywood Records and releasing CDs in 2002 and 2004), Strangers With Candy(winning MTV’s Ultimate Cover Band Prize in 2000), to Lifer (signing with Universal/Republic Records and releasing a national CD in 2001), Fincke gives a unique perspective to the bizarre and fantastical world of commercial rock and roll.
Aaron’s rock life is chronicled first-hand by his father, who attends more than fifty shows, spends time with the bands before and after shows, follows them to national tour sites, and talks intimately with his son as well as the members of the bands and some of their fans and managers. Amp’d emphasizes the character and life of the band members through the eyes of a widely published writer, college professor, and father who immerses himself in the high-adrenaline world of contemporary rock and roll. This is not only a page-turning first-hand account of a lifestyle about which many fantasize, but also a literary narrative that examines the larger issues of celebrity, success, and family.

The Canals of Mars
A Memoir