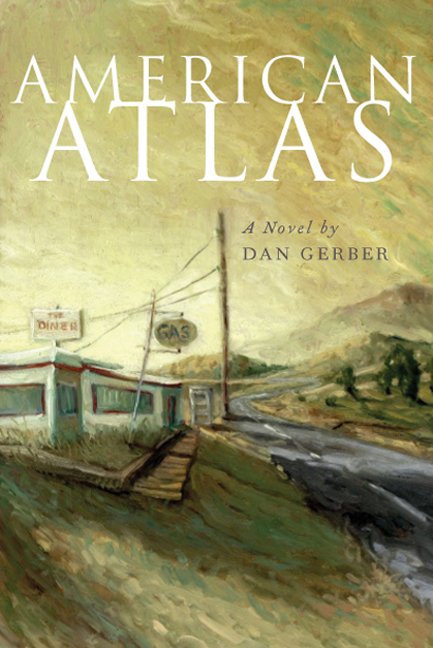 American Atlas brings to the traditional “road” novel an exhilarating breath of fresh air—or perhaps one should say a catastrophic gale. The hero is no penniless wanderer who subsidizes his cross-country trek by stealing chickens and hubcaps. He is Lawrence Bancroft, who starts the novel off with a bang by walking out on his father’s funeral and his position as the heir to a multimillion-dollar pie company. Bancroft wants to be a poet and he pursues his dream across the length and breadth of America, serving up a dazzling portrait not only of the state of the nation but of a man in search of himself.

Subjects: Literary Studies | Fiction
Publication Date: July 31st, 2003
204 pages| 5.5 in x 8.5 in
Michigan State University Press
Bios
Dan Gerber was born and grew up in western Michigan and received his bachelor's degree from Michigan State University in 1962. He has worked as a corporate executive, an automobile dealer, a professional racing driver, and a high school teacher. From 1968 through 1972, with Jim Harrison, he co-edited the literary magazine Sumac. He has traveled extensively as a journalist, particularly in Africa. He has been writer-in-residence at Michigan State University and Grand Valley State College and has lectured, read, and taught at numerous colleges, universities, libraries, schools, and museums throughout the United States and England. He and his wife, Debbie, divide their year between central California and southeastern Idaho.Dan Gerber has published three novels, a short-story collection and six books of poems, including A Last Bridge Home; New Selected Poems and Trying to Catch the Horses. He was the recipient of the Michigan Author Award in 1992, had work selected for inclusion in Best American Poetry 1999, and received the Mark Twain Award for Distinguished Contributions to Midwestern Literature in 2001.

A Voice from the River
A Novel

A Second Life
A Collected Nonfiction