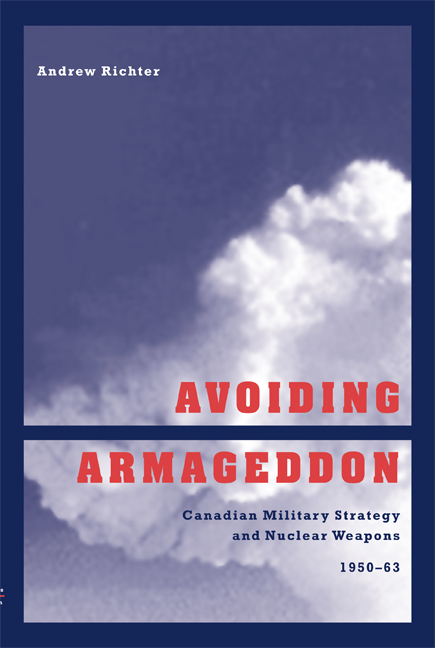 The advent of nuclear weapons in the 1940s brought enormous changes to doctrines regarding the use of force in resolving disputes. American strategists have been widely credited with most of these; Canadians, most have assumed, did not conduct their own strategic analysis. Avoiding Armageddon soundly debunks this notion.
Drawing on previously classified government records, Richter reveals that Canadian defense officials did come to independent strategic understandings of the most critical issues of the nuclear age. Canadian appreciation of deterrence, arms control, and strategic stability differed conceptually from the U.S. models. Similarly, Canadian thinking on the controversial issues of air defense and the domestic acquisition of nuclear weapons was primarily influenced by decidedly Canadian interests.
Avoiding Armageddon is a work with far-reaching implications. It illustrates Canada’s considerable latitude for independent defense thinking while providing key historical information that helps make sense of the contemporary Canadian defense debate.