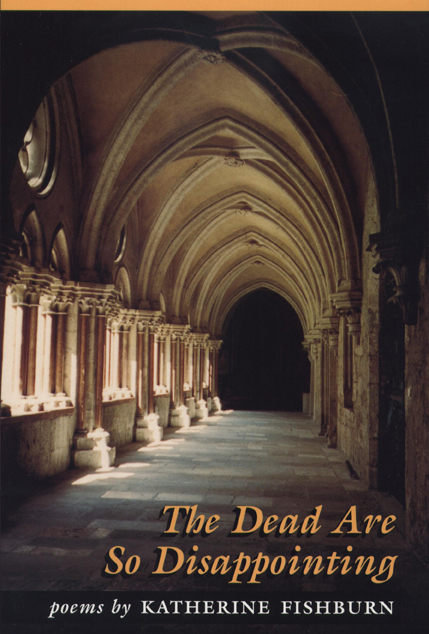 The Dead Are So Disappointing
Katherine Fishburn

The Dead Are So Disappointing is a daughter's unflinching meditation on the days immediately preceding and following her father's death—and an interrogation into the lasting impact his life has had on her own. This collection stands revealed as an integral part of a long-delayed mourning process as the daughter struggles to reconcile the competing emotions of anger and grief, betrayal and loyalty, that surfaced after her father's death. Searching for an explanation and a resolution of their conflict, Fishburn explores her childhood as well as her adulthood. Daring to speak "'harsh truths" as a child, the poet is disciplined; daring to speak them as an adult in public, she knows she is breaking the sacred code that would keep her silent but forges ahead, driven by the greater need to find meaning in what her father said and what he failed to say. Her journey toward a hard won reconciliation is heartbreaking and the imaginative language that occasions it exact and unexpected—in its source and in its dark humor.