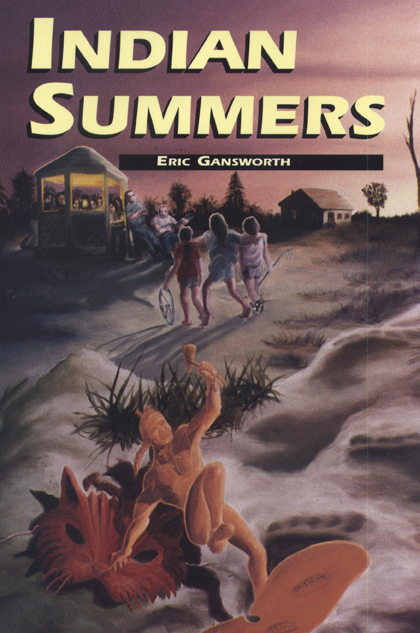 The first work of fiction published in the MSU Press American Indian Studies Series, Indian Summers concerns issues of identity for Native Americans. Set against the backdrop of a contemporary reservation that has had its own losses to the dominant culture—a third of its total land mass taken earlier in the century for a New York State water reservoir, its only religious structures Christian churches—Indian Summers introduces these identity conflicts through the lives and circumstances of its major characters. This is a time when belonging to a tribe is difficult, when dominant societal forces encourage either the acts of abandoning a perceived anachronistic lifestyle or of embracing one of a number of simplistic, prescribed, false identities: warrior, environmentalist, crystal-carrying shaman. None of these options is real for the individuals who populate these pockets of different—not alternative—societies. The people who live these lives do not explore alternatives, nor do they necessarily have the desire to—inextricably entwined as they are with their families, culture, history, and land.

Subjects: Native American Studies | Fiction
Series: American Indian Studies
Publication Date: May 31st, 1998
200 pages| 6 in x 9 in
Michigan State University Press
Bios
Eric Gansworth, an enrolled member of the Onondaga Nation, was born and raised at the Tuscarora Indian Nation in Western New York. He received a Bachelor of Arts and a Master of Arts in English from Buffalo State College. He is Professor of English and holds a position of Writer in Residence at Canisius College in Buffalo, New York. His previous work includes a novel, Indian Summers, and a collection of poetry, Nickel Eclipse: Iroquois Moon; numerous Native literature anthologies include his poetry and fiction. Eric is also an active artist and has painted the cover illustrations for a number of his books.