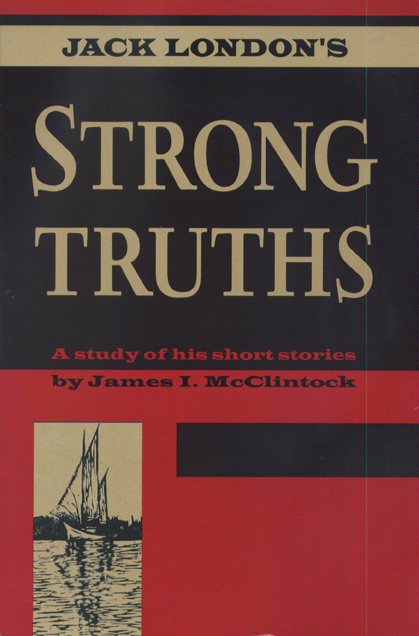 Jack London's Strong Truths
A Study of His Short Stories
James I. McClintock

Jack London was an early twentieth-century writer whose fiction found great popular appeal and a wide readership; but he was also a brilliant contributor to the art of the short story. Jack London's Strong Truths (originally published as White Logic: Jack London's Short Stories) is a highly readable explication of the work of one of America's masters of the genre, the first literary figure to incorporate the great turn-of-the-century revolutions in thinking about the natural, social and psychological worlds into his vision. These revolutionary ideas were powerful because, on the one hand, they promised a new and better world; on the other, they hinted at an approaching spiritual bankruptcy and social apocalypse.
This edition includes a new introduction and an updated bibliography.