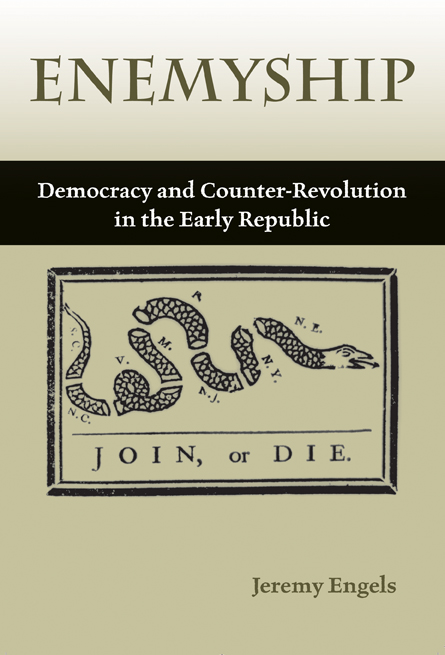 Enemyship
Democracy and Counter-Revolution in the Early Republic
Jeremy Engels

The Declaration of Independence is usually celebrated as a radical document that inspired revolution in the English colonies, in France, and elsewhere. In Enemyship, however, Jeremy Engels views the Declaration as a rhetorical strategy that outlined wildly effective arguments justifying revolution against a colonial authority—and then threatened political stability once independence was finally achieved.
Enemyship examines what happened during the latter years of the Revolutionary War and in the immediate post-Revolutionary period, when the rhetorics and energies of revolution began to seem problematic to many wealthy and powerful Americans.
To mitigate this threat, says Engles, the founders of the United States deployed the rhetorics of what he calls "enemyship," calling upon Americans to unite in opposition to their shared national enemies.