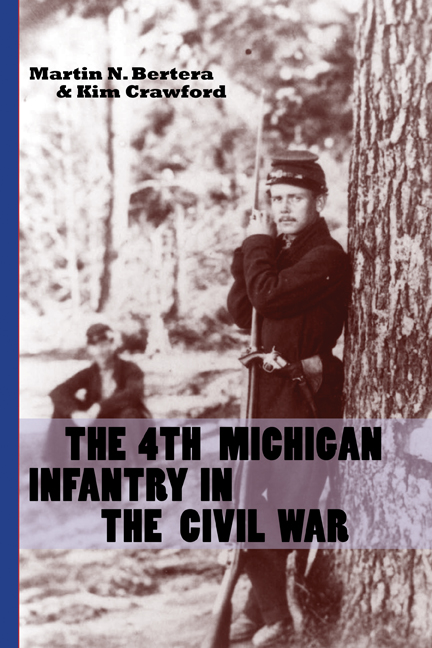 This fascinating narrative tells the story of a remarkable regiment at the center of Civil War history. The real-life adventure emerges from accounts of scores of soldiers who served in the 4th Michigan Infantry, gleaned from their diaries, letters, and memoirs; the reports of their officers and commanders; the stories by journalists who covered them; and the recollections of the Confederates who fought against them. The book includes tales of life in camp, portraying the Michigan soldiers as everyday people—recounting their practical jokes, illnesses, political views, personality conflicts, comradeship, and courage.
The book also tells the true story of what happened to Colonel Harrison Jeffords and the 4th Michigan when the regiment marched into John Rose's wheat field on a sweltering early July evening at Gettysburg. Beyond the myths and romanticized newspaper stories, this account presents the historical evidence of Jeffords's heroic, yet tragic, hand-to-hand struggle for his regiment's U.S. flag.


Kim Crawford is a retired newspaper reporter and author of The Daring Trader: Jacob Smith in the Michigan Territory and coauthor of The 4th Michigan Infantry in the Civil War. He has written about Michigan Civil War soldiers for Michigan History magazine, served as guest curator for the Flint Sloan Museum's 2012 Civil War exhibit, The Brave and the Faithful, and has given talks on both the 4th and 16th Michigan Infantry regiments to historical societies and Civil War roundtables.

The 16th Michigan Infantry in the Civil War, Revised and Updated

The Daring Trader
Jacob Smith in the Michigan Territory, 1802-1825