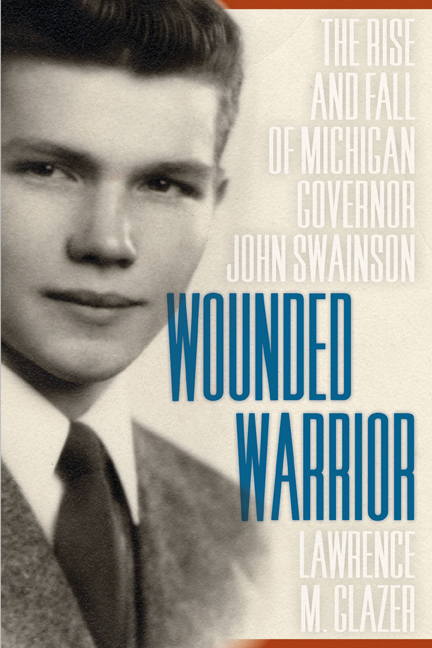 Few people today remember John Swainson. As a teenage soldier he lost both legs in a WWII landmine explosion. Back in the United States, following a meteoric political rise in the Michigan State Senate, Swainson was elected as Michigan's youngest governor since Stevens T. Mason.
In 1970 Swainson was elected to the Michigan Supreme Court, becoming one of the few public officials to have served in the legislative, executive, and judicial branches of state government. Then, in 1957, he was indicted on federal charges of bribery and perjury, and convicted of lying to a federal grand jury. Forced to leave the state Supreme Court and disbarred from practicing law, he became a pariah, sinking into depression and alcoholism. He virtually disappeared from public view.
Lawrence M. Glazer re-examines the FBI's investigation of Swainson and delves into his 1975 trial in detail. He reveals new information from eye-witnesses who never testified and, in a poignant coda, relates the little-known story of Swainson's rehabilitation and return to public life as a historian.