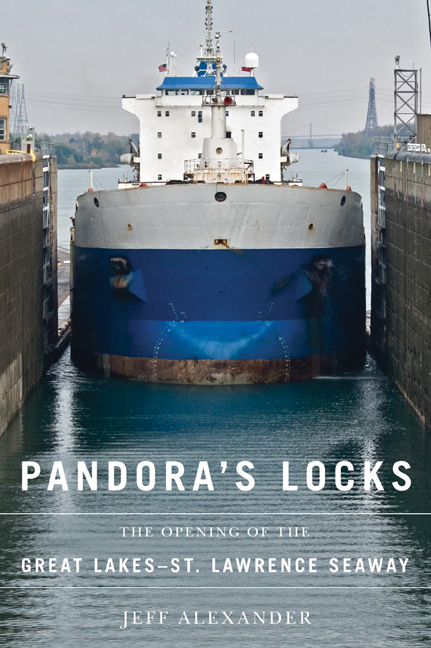 The St. Lawrence Seaway was considered one of the world's greatest engineering achievements when it opened in 1959. The $1 billion project-a series of locks, canals, and dams that tamed the ferocious St. Lawrence River-opened the Great Lakes to the global shipping industry.
Linking ports on lakes Superior, Michigan, Huron, Erie, and Ontario to shipping hubs on the world's seven seas increased global trade in the Great Lakes region. But it came at an extraordinarily high price. Foreign species that immigrated into the lakes in ocean freighters' ballast water tanks unleashed a biological shift that reconfigured the world's largest freshwater ecosystems.
Pandora's Locks is the story of politicians and engineers who, driven by hubris and handicapped by ignorance, demanded that the Seaway be built at any cost. It is the tragic tale of government agencies that could have prevented ocean freighters from laying waste to the Great Lakes ecosystems, but failed to act until it was too late. Blending science with compelling personal accounts, this book is the first comprehensive account of how inviting transoceanic freighters into North America's freshwater seas transformed these wondrous lakes.

The Muskegon
The Majesty and Tragedy of Michigan's Rarest River