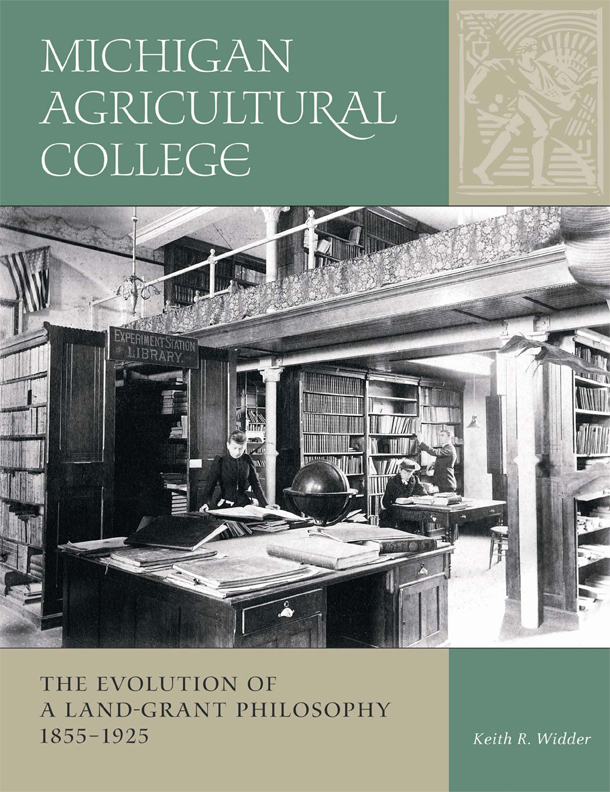 Vintage photographs profusely illustrate this step back in time, reliving the stirring saga of America’s premier land-grant institution, long before it became Michigan State University. Discover how forward-looking legislators, scholars, and administrators found an oak clearing in the midst of central Michigan swampland and there laid the groundwork for what would become one of the world’s great universities. From the school’s founding in 1855, and for the next seventy years that are discussed in this volume, the institution struggled to find itself and, in the process, helped to invent the notion of what it means to be a university "for the people," a land-grant university.
Widder demonstrates how, from the beginning, presidents, teachers, researchers, and students worked to carve out a place for the school called "M.A.C." They always insisted that M.A.C. would be an institution of grand vision; it would be an "ag school," to be sure, but it should be more than that. In the early 1860s, for instance, students threatened to leave the campus when they learned that the teaching of literature and other liberal arts classes might be suspended. Throughout these early years, M.A.C. grew, weathered financial crises, and endured three wars, all the time transforming itself as a kind of grand experiment to meet the educational needs of a nation on the move. M.A.C. matured; its alumni and its faculty soon began to make notable contributions to the world’s scientific and intellectual development and to pose solutions to pressing social, economic, and political problems. What a time it must have been.

Beyond Pontiac's Shadow
Michilimackinac and the Anglo-Indian War of 1763