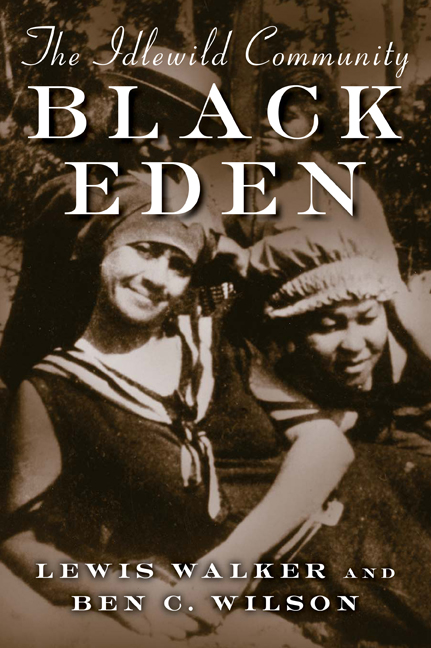 Black Eden chronicles the history of Idlewild, a Michigan black community founded during the aftermath of the Civil War. As one of the nation’s most popular black resorts, Idlewild functioned as a gathering place for African Americans, and more importantly as a touchstone of black identity and culture. Benjamin C. Wilson and Lewis Walker examine Idlewild’s significance within a historical context, as well as the town’s revitalization efforts and the need for comprehensive planning in future development. In a segregated America, Idlewild became a place where black audiences could see rising black entertainers.
Profusely illustrated with photos from the authors’ personal collections, Black Eden provides a lengthy discussion about the crucial role that Idlewild played in the careers of artists such as Louis Armstrong, B. B. King, Sammy Davis Jr., Jackie Wilson, Aretha Franklin, and Della Reese. Fundamentally, the book explores issues involved in living in a segregated society, the consequences of the civil rights movement, the Civil Rights Act of 1964 and subsequent integration, and the consequences of integration vs. racial solidarity. The authors ask: Did integration kill Idlewild?, suggesting rather that other factors contributed to its decline.
Subjects: History | Regional Studies | African American Studies
Publication Date: February 28th, 2002
269 pages| 6 in x 9 in
Michigan State University Press
Bios
Lewis Walker is Emeritus Professor of Scoiology at Western Michigan University.


Benjamin C. Wilson is Professor of Black Americana Studies at Western Michigan University and author of The Rural Black Heritage Between Chicago and Detroit, 1850-1929.

Discovering the Peoples of Michigan Reader