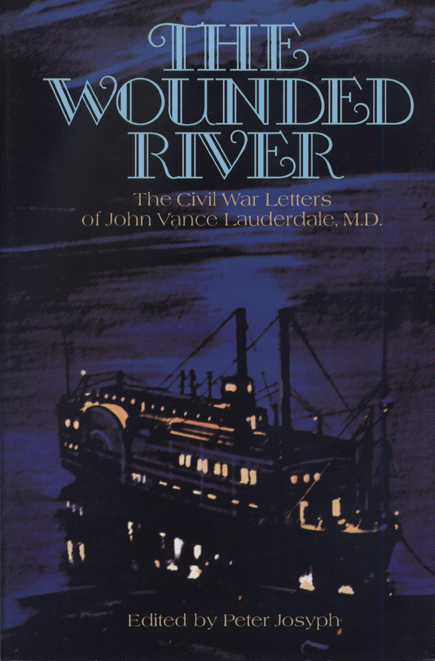 The Wounded River takes the reader back more than 130 years to reveal a marvelous, first-hand account of nineteenth-century warfare. In the process, the work cuts the legends and mythology that have come to frame and define accounts of America's bloodiest war. Of equal significance, Peter Josyph's editorial work on this superb collection of letters from the Western Americana Division of Yale University's Beinecke Rare Book and Manuscripts Library enhances and clarifies Lauderdale's experinces as a surgeon aboard the U.S. Army hospital ship D. A. January.
The reader looks on while Lauderdale, a New York civilian contract surgeon, operates on hundreds of Confederate and Union wounded. The young doctor's clear writing style and his great compassion for these unfortunate men whose bodies were ripped apart by bullets, shell fragments, and bayonets permits us to catch a disturbiing glimpse of what modern warfare does to humanity. Finally, we learn of Lauderdale's motives for volunteering, his impressions of the "hospital ship" D. A. January, Confederate morale, the Abolitionist cause, and black slavery. The Wounded River is a must read for anyone interested in the real American Civil War.

What One Man Said to Another
Talks with Richard Selzer