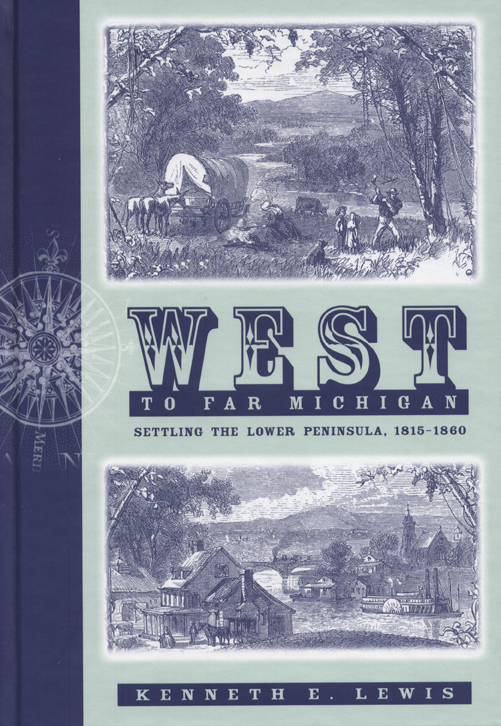 West to Far Michigan is a study of the lower peninsula's occupation by agriculturalists, whose presence forever transformed the land and helped to create the modern state of Michigan. This is not simply a history of Michigan, but rather a work that focuses on why the state developed as it did. Although Michigan is seen today as an industrial state whose history is couched in terms of the fur trade and the international rivalry for the Great Lakes, agricultural settlement shaped its expansion. Using a model of agricultural colonization derived from comparative studies, Lewis examines the settlement process in Michigan between 1815 and 1860. This period marked the opening of Michigan to immigrants, saw the rise of commercial agriculture, and witnessed Michigan's integration into the larger national economy.
Employing numerous primary sources, West to Far Michigan traces changes and patterns of settlement crucial to documenting the large-scale development of southern Michigan as a region. Diaries, letters, memoirs, gazetteers, and legal documents serve to transform the more abstract elements of economic and social change into more human terms. Through the experiences of the early Agriculturists process, we can gain insight into how their triumphs played out in communities within the region to produce small-scale elements that comprise the fabric of the larger cultural landscape.
Subjects: Regional Studies | Frontier History
Publication Date: February 28th, 2002
514 pages| 7 in x 10 in
Michigan State University Press
Bios
Kenneth E. Lewis is Professor of Anthropology at Michigan State University. As a historical archaeologist, he has investigated material aspects of colonization in geographical contexts and has written extensively on British colonization on the southern Atlantic Seaboard.