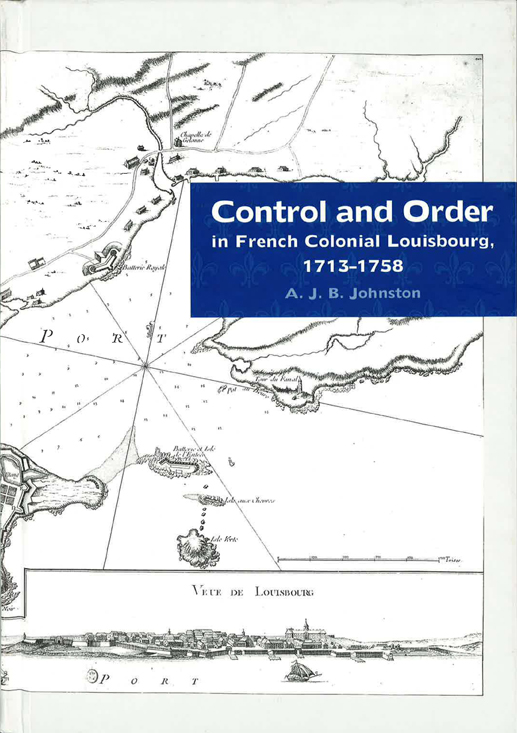 Control and Order in French Colonial Louisbourg, 1713-1758 is the culmination of nearly a quarter century of research and writing on 18th-century Louisbourg by A. J. B. Johnston. The author uses a multitude of primary archival sources-official correspondence, court records, parish registries, military records, and hundreds of maps and plans-to put together a detailed analysis of a distinctive colonial society. Located on Cape Breton Island (then known as Île Royale), the seaport and stronghold of Louisbourg emerged as one of the most populous and important settlements in all of New France. Its economy was based on fishing and trade, and the society that developed there had little or nothing to do with the fur trade, or the seigneurial regime that characterized the Canadian interior. Johnston traces the evolution of a broad range of controlling measures that were introduced and adapted to achieve an ordered civil and military society at Louisbourg. Town planning, public celebrations, diversity in the population, use of punishments, excessive alcohol consumption, the criminal justice system, and sexual abuse are some of the windows that reveal attempts to control and regulate society. A. J. B. Johnston's Control and Order in French Colonial Louisbourg offers both a broad overview of the colony's evolution across its half-century of existence, and insightful analyses of the ways in which control was integrated into the mechanisms of everyday life.

Subjects: History
Publication Date: March 31st, 2001
346 pages| 7 in x 10 in
Michigan State University Press
Bios
A. J. B. Johnston has written six books on the colonial Louisbourg and has edited two volumes of proceedings from the French Colonial Historical Society.