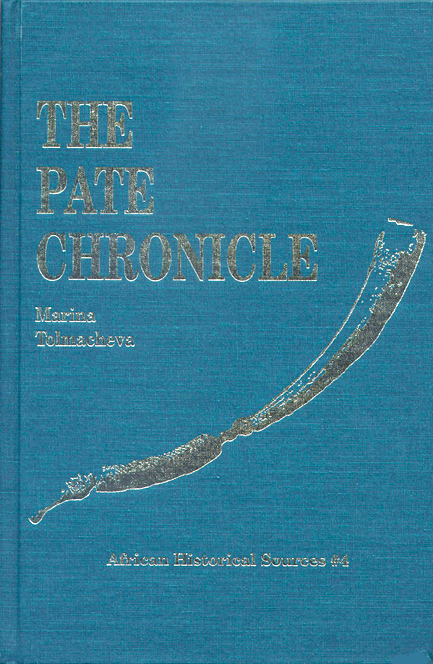 In late October 1890, a British force led by Admiral Fremantle assaulted and subdued the East African town of Witu, the mainland capital of the Nabahani rulers of Pate; five years later, the entire region and the adjacent coastal islands came under British administration. One of the great tragedies suffered as a result of Admiral Fremantle's initial attack was the loss of the original manuscript of the history of Pate, The Book of the Kings of Pate.
This historical work in its various forms is representative of a living historical tradition developed in the coastal city-states of East Africa and is considered one of the important literary treasures of their culture and society. It also stands as the most important indigenous source for Swahili history, the history of the Swahili language, its dialects, and its written tradition. The four Arabic-Swahili versions (manuscripts 177, 321, 344, and 358 of the Library of the University of Dar es Salaam) presented here in The Pate Chronicle add significantly to the growing pool of information available about Pate and East Africa before the era of European colonialism.