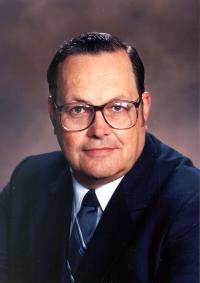 Dr. James B Beard is the worldÆs leading authority on turfgrasses and turfgrass science. He spent most of his career in academia, first at Michigan State University, then at Texas A&M University, where he is currently professor emeritus of turfgrass science. He has pioneered investigations concerning turfgrass and the ecology of grass, and has published widely and lectured both throughout North America and internationally. Currently, he guides turfgrass research and education programs, especially internationally, while also instructing in turfgrass education through seminars, papers, manuals, and books. He has also served on many national committees. Dr. Beard holds four degrees, has written and published prolifically, including more than 700 scientific papers and technical articles, as well as numerous books. He has lectured widely throughout North America and abroad, and has served as a technical advisor to turfgrass organizations in more than a dozen countries. Dr. Beard has been the recipient of the Turfgrass Science Award and the Crop Science Research Award of the Crop Science Society of America. He was the first president of the International Turfgrass Society. He has been elected to the Board of Directors of CSSA, ASA, CAST, and ITS; and honored as a Fellow of CSSA, ASA, and AAAS. Dr. Beard and Harriet J. Beard, his wife and long-time collaborator, have written numerous books and jointly received the Oberly Award of the American Library Association. Dr. Beard currently serves as President and Chief Scientist at the International Sports Turf Institute.